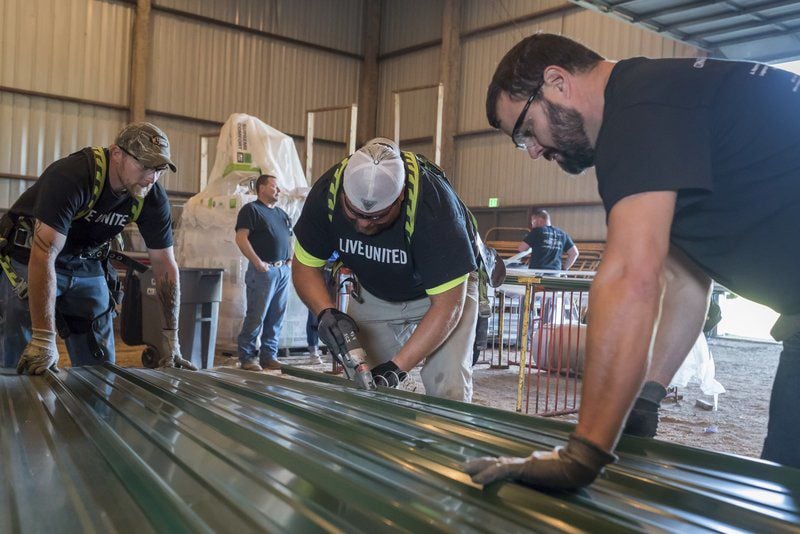 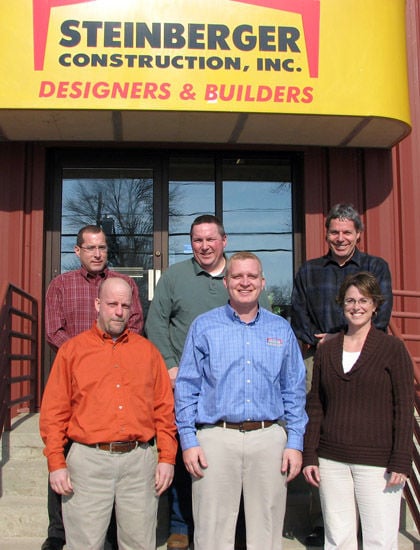 In this 2014 photo, some of the past and current owners of Steinberger Construction pose for a picture in front of the company’s office. Pictured are (back row, L-R) Ken Personett, Tom Steinberger and Jim Steinberger and (front row, L-R) Joe Zinsmeister, Matt Lewellen and Becky Pencek.

In this 2014 photo, some of the past and current owners of Steinberger Construction pose for a picture in front of the company’s office. Pictured are (back row, L-R) Ken Personett, Tom Steinberger and Jim Steinberger and (front row, L-R) Joe Zinsmeister, Matt Lewellen and Becky Pencek.

Roger Steinberger and wife, Neva, started it as a home building business in 1945 and operated it out of their own home.

“The secret is a commitment to your own team and to quality for your clients,” said Matthew Lewellen, President and one of four owners of the company. “Culture is everything to us.”

A public celebration has been rescheduled for fall because of COVID-19 virus social distancing requirements.

“[It’s] probably better timing to have it in September,” said Lewellen.

When Roger and Neva Steinberger started, he used his experience as a local carpenter and from working on construction projects across the country as part of the World War II effort. They built many of the houses around Logansport.

Their son, Jack, bought the business around 1960 and expanded its work to include the commercial, industrial and government construction markets.

He also was an early adopter of computer technology and took part in new markets and delivery methods.

Jack’s sons, Jim and Tom, also followed in the family business and in 1984 purchased controlling interest in the company with their coworker Ken Personett.

To ensure that the business would continue beyond them and the third generation — and continue with their clients and employees that made the company strong — the three men implemented a succession plan in 2008.

Because none of the family wanted to continue in the business, they offered control and ownership to Controller Becky Dewitt, Project Managers Joe Zinsmeister and Ben Thompson and Lewellen, who was vice-president of operations.

Lewellen said that the four wanted to continue the company’s culture. The company’s pillars for employees are safety, wellness and engagement.

Steinberger also stresses training for employees and assigns a mentor to the new ones, and during the interview and after, they talk about ethics, he said.