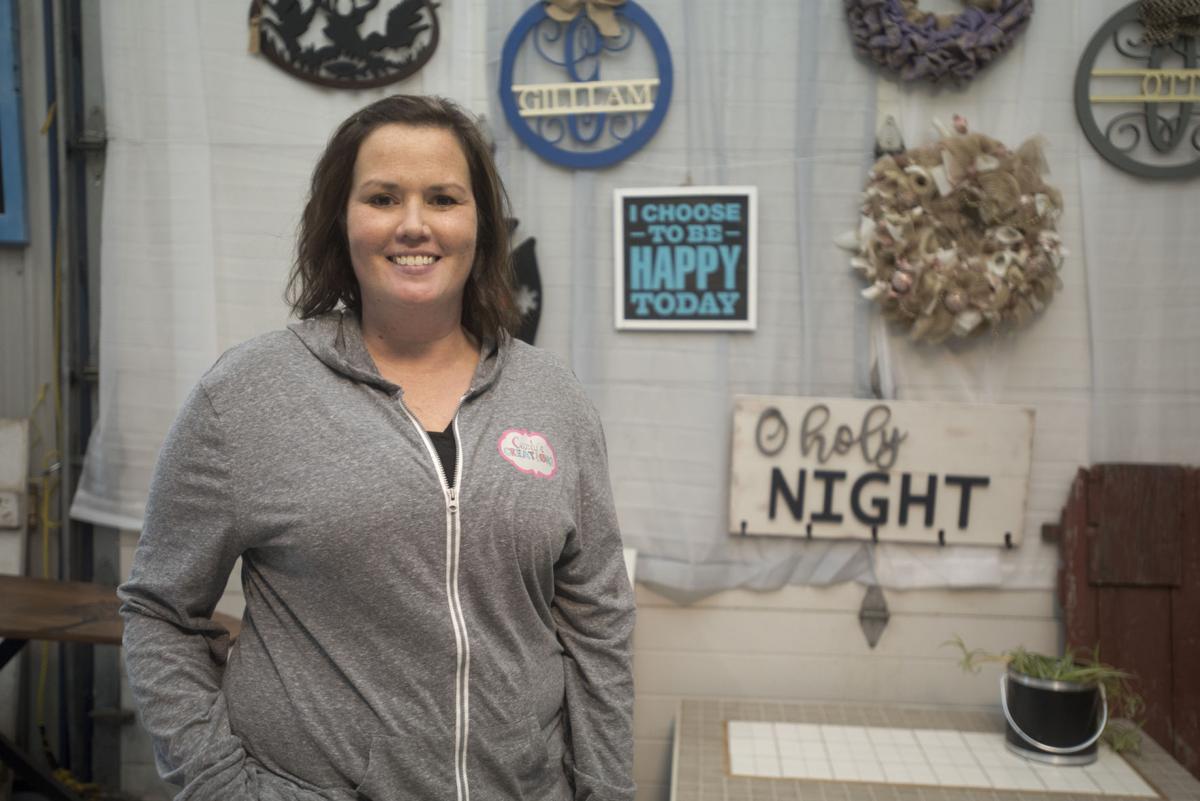 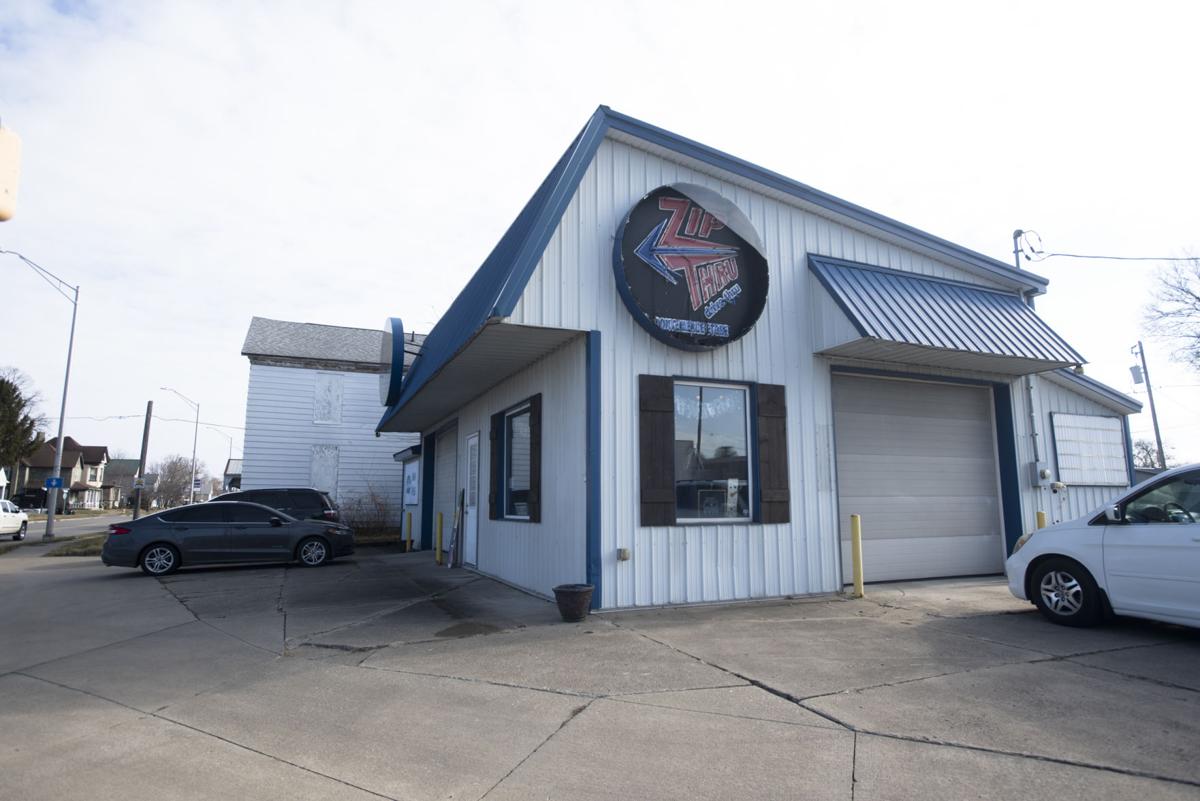 The old Zip-Thru signs will eventually be covered with new signs for Carly’s Creations. 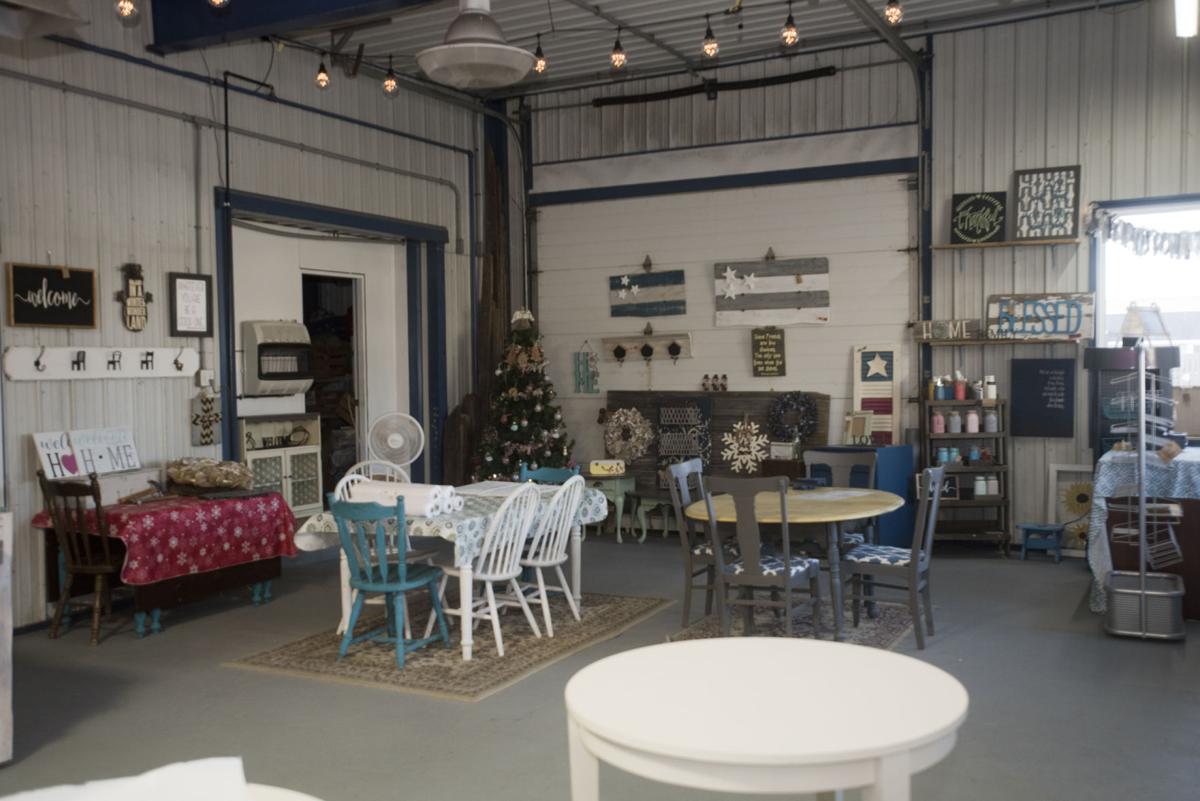 The metal interior of the former Zip-Thru provides an industrial look for the newly relocated Carly’s Creations.

The old Zip-Thru signs will eventually be covered with new signs for Carly’s Creations.

The metal interior of the former Zip-Thru provides an industrial look for the newly relocated Carly’s Creations.

The intersection of Market Street and Cicott Street gained another new resident during the holiday season.

In December, Carly’s Creations opened in its new location at 531 W. Market St. — the old Zip-Thru — after moving out of its High Street storefront on Oct. 1.

“It’s still a work in progress, but I’ve always said it belongs in a pole barn-type of setting,” Carly said of her business.

They’ve changed the inside décor since October to resemble that, and the handmade signs and refurbished furniture are positioned on or against the walls.

“I like the idea of a standalone building, and the traffic has been good here,” she said.

Mike said they’re hoping to rebuild to have as many walk-in customers as they had at High Street. Most of their customers made the move with them, despite the two months the store wasn’t open.

However, many of Carly’s Creations customers are through Facebook — about 2,500 of them — which is how the business started. She began putting the crafts she made on her personal Facebook page about four years ago.

“People started asking if I could make them one,” she said. “It kept on growing. It got to the point where it kind of took over my whole house.”

They moved into the High Street location about three-and-a-half years ago, and now they’ve moved to this location.

The extra space gives them the ability to divide the building into separate areas, including ones for the items they sell, ones for classes and one for Mikes’ woodworking area in the back room.

The building set up is still a work in progress, Mike said. They’ve put the computerized router in the woodworking room to cut designs holes in wood or metal and do engraving. There’s also a t-shirt press on the counter, which has been the biggest growth area for Carly’s Creations, making spirit wear for schools and t-shirts for organizations.

Soon, they will have larger signs, using their vinyl work to cover the Zip-Thru signs.

The things they offer are all handmade — nothing store-bought, Carly said. The furniture refurbishing they do is mainly on pieces they’ve bought, but they have done it for people who’ve wanted things worked on.

“They come in here with the greatest ideas. People are more creative than they give themselves credit for. We just make it happen,” she said.

Since she began the business out of her home, it’s always been about adapting to customers’ wants and requests, like making t-shirts. It was within six months of opening the first store that they began having classes for things like making farmhouse-style signs and making wreaths because customers asked for those.

Carly’s Creations holds private classes for people who want to have crafting parties, and the Otts travel to places in the surrounding counties for classes. That includes giving crafting classes in local wineries. They also offer crafting classes for children’s birthday parties.

The new store still seems a bit empty as they begin filling it, but the High Street location started that way and got cramped as the business grew, Carly said.