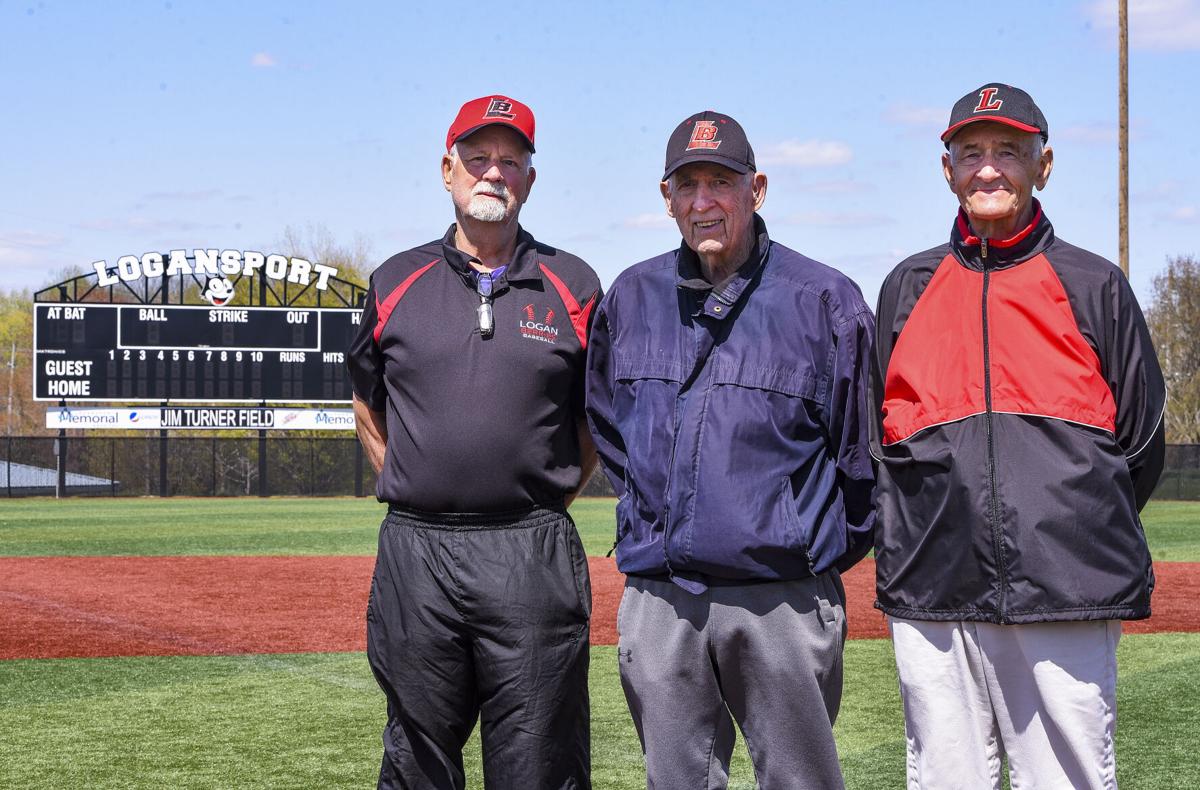 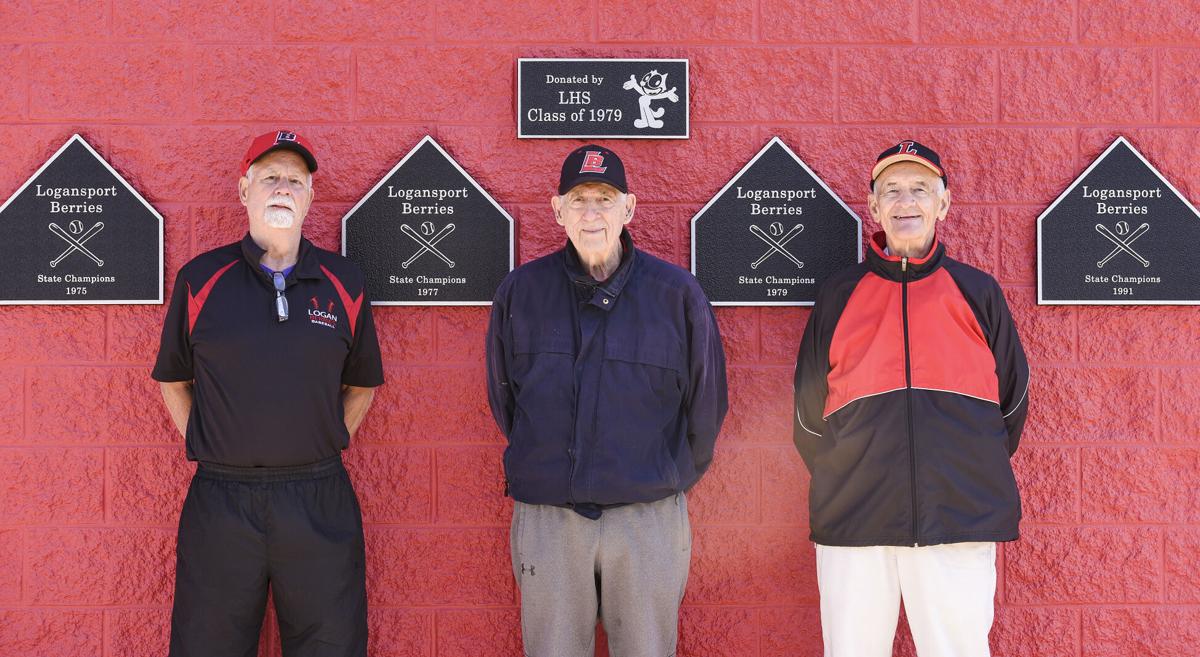 The three most prominent coaching legends of Logansport baseball will have a meeting on the mound — in this case at Black Dog Coffee — on Saturday evening.

The triumvirate of Jim Turner Sr., Butch Jones and Rich Wild will have a cup of coffee and talk about the national pastime from 6-8 p.m. Saturday at Black Dog Coffee in downtown Logansport. The event will be emceed by Mike Montgomery and will be broadcast on WSAL.

Logansport has long been known as one of the best baseball towns in the state. The Berries have won four state championships — in 1975, 1977, 1979 and 1991 — all in the single-class tournament days, which is an amazing achievement for a town the size of Logansport.

There have been numerous other Berry baseball teams that had a good shot at winning a state title that came up just short. But the Berries put themselves in position enough to win four of them. Overall, Logansport and LaPorte are still the two most successful Class 4A baseball programs in state history.

During an interview this week in the press box at Jim Turner Field, Turner talked about what Logansport baseball has meant to him.

“You see all these pictures of these players up here? Those players and many more have blessed our lives. That’s what Logansport baseball has meant to me. It’s been a very important part of my life and to Butch and Rich’s life too. Just wonderful kids, wonderful players,” he said.

Turner retired following winning his fourth state title in 1991, which was 30 years ago.

He went 582-188 in 28 seasons overall. He won 22 sectional titles (including 19 in a row), 11 regional titles and nine North Central Conference titles.

“We jokingly say about the state championships, it was all coaching,” Turner said. “We didn’t have one good player, and of course the opposite is true. All of those players we had made pretty good coaches out of us. They took our lives and just turned our lives right-side up. We can’t say enough good about them. They’re just wonderful kids.”

Turner is modest and humble, but his records speak for themselves. He was inducted into the Indiana Baseball Hall of Fame as a coach in 1980.

“I’m still amazed,” Wild said. “Watching Jim Turner work with pitchers, especially, I’ve told numerous people this is the best pitching coach in the state of Indiana, bar none. And I think the evidence of that shows and the pitchers that we had.”

Jones was a standout athlete himself at LHS in the 1950s and went on to play baseball at Ball State. He joined Turner as an assistant coach at his alma mater in 1964 the same year Turner started as the head coach.

Jones then became the head coach following Turner’s retirement and posted a 140-53 record from 1992-97, winning five sectional and three regional titles in six years and leading the Berries to another state finals appearance in 1996.

Wild talked about the pregame infields Jones would conduct. Berry fans would fill the stands in droves during their tournament runs and watch the spectacle of their favorite team conducting a professional-like pregame infield — and so would the opposition.

“Butch controlling pregame hitting practice, it was something to watch because he put them through their paces and the intimidation factor when we’re playing Kokomo or Lafayette Jeff started the first ground ball or fly ball Butch hit. And I watched it, the other team was in awe because we were fundamentally sound executing and they were used to that,” Wild said.

Logansport is a blue-collar town and in its heyday the Berries baseball program was a machine.

Turner always credited the feeder program as a key to the success.

When players got to high school, the vast majority of them played JV a year or two under Wild.

“From a varsity standpoint, when we were fortunate enough to take over the players from Rich from the JV level, again, we were so blessed to have the fundamentals for the most part already set in,” Jones said. “And all we had to do is guide the players and make sure that they were following what Rich had set up. So we just continued to try to make the players the best they could be.”

Wild was the JV coach and was varsity assistant from 1968-94.

“We’ve each had at least one son play and that’s awesome for a coaching staff to all coach their own sons,” Wild said. “And these guys that Jim mentioned that are on the wall here, the All-Stars and the Hall of Fame guys, they’re like our sons because as Butch said, we formed that kind of relationship with the kids. And we had them for four years and most of them I think would tell you that they enjoyed Berry baseball.”

Added Jones, “We spent many years together and formed a great relationship from a coaches standpoint and also relationship with the players that we had. We’ve been blessed with a lot of talent, a lot of coaches that were in the youth leagues that when we got them they were pretty well fundamentally sound and that really helps out. So we just continue to think back and how blessed we’ve been to be around so many good people.”

Jim Turner Jr., who was the winning pitcher in the 1975 state championship game against Indianapolis Marshall, became the head coach in 1998 following Jones’ retirement from coaching. He went 343-279 in 22 seasons and won three NCC titles, two sectional titles and a regional title and guided the Berries to the state finals in 2002.

He oversaw baseball being switched to a class sport in 1998, which was a big difference. For instance, when the Berries ended their 17-year sectional drought in 2019, they got past Kokomo and the Lafayette schools, which was the equivalent of getting to the semistate finals in the single-class days. Throw in Zionsville, and an argument can be made it was the equivalent of reaching the state finals.

Another factor was the players in 2019 were babies or not even born the last time Logansport had won a sectional in baseball, so they didn’t get to experience watching the teams go on tournament runs growing up.

Logansport is one of the smallest schools in Class 4A. The baseball team still rarely loses when playing smaller schools. Logan would likely still be an annual baseball powerhouse if it was in Class 3A. For the foreseeable future, Logan will have to get past schools with 2-4 times its enrollment size to win a state title.

While that was not a problem in the past, it’s still a numbers game. Turner Sr. said the feeder system which feeds the high school team will need to find a way to increase its numbers if the baseball program wants to get back to its glory days. The program is now coached by a former star player in the 1980s, Dan Frye, who is in his first season at the helm.

“I have mixed feelings on the present. We still have some good players here, but I’m disappointed that our youth program has weakened,” Turner Sr. said. “We only have, I think, three teams from Logansport now in the Babe Ruth League. So apparently not as many kids want to play baseball and that’s really disappointing. I’m unhappy to see that. We used to have I think eight teams in the Babe Ruth League year after year and they used to draft players out of the Little League. So it was really something for a Little Leaguer to make the Babe Ruth League at 13 years old. And we had a lot of good Babe Ruth League coaches, guys who were there not just to coach their own sons, but they were there because they loved baseball and they stayed there for 25, 30 years. And there were several of those guys and so they fed our program. And of course we had a summer rec program that got kids involved when they were 5 or 6 years old. And so we were the recipients of that program. And now today, when we only have three Logansport teams in the Babe Ruth League, apparently not many boys want to play baseball anymore and that’s disappointing. And that’s one reason we haven’t been quite as successful in the last few years as we were previously.”

Added Jones, “Then in Little League, my gosh, the number of teams that they did have in Little League, they had two divisions. They had two divisions and the coaches just like the Babe Ruth coaches, they were so dedicated and willing to put forth their time. And like Jim said, they went beyond coaching their own sons. They just loved the game of baseball and instilled a lot of fundamentals back then. And it just continued to flow up right through the Babe Ruth, the JV and then the varsity. So we were so blessed to have people that were so involved. And then we talk about now what’s going on and to get enough kids interested in playing, we set up the junior high program, beautiful uniforms, beautiful field, what better facilities could they have, and why aren’t more number of kids showing up?”

Wild agreed that more kids need to stick with baseball going through the youth leagues and into high school.

“They’re being pulled too many ways with the [video] games at home and other activities that the average age that boys stop playing baseball is 14 and that’s scary for us because we weren’t used to that. We had kids wanting to play Berry baseball.”