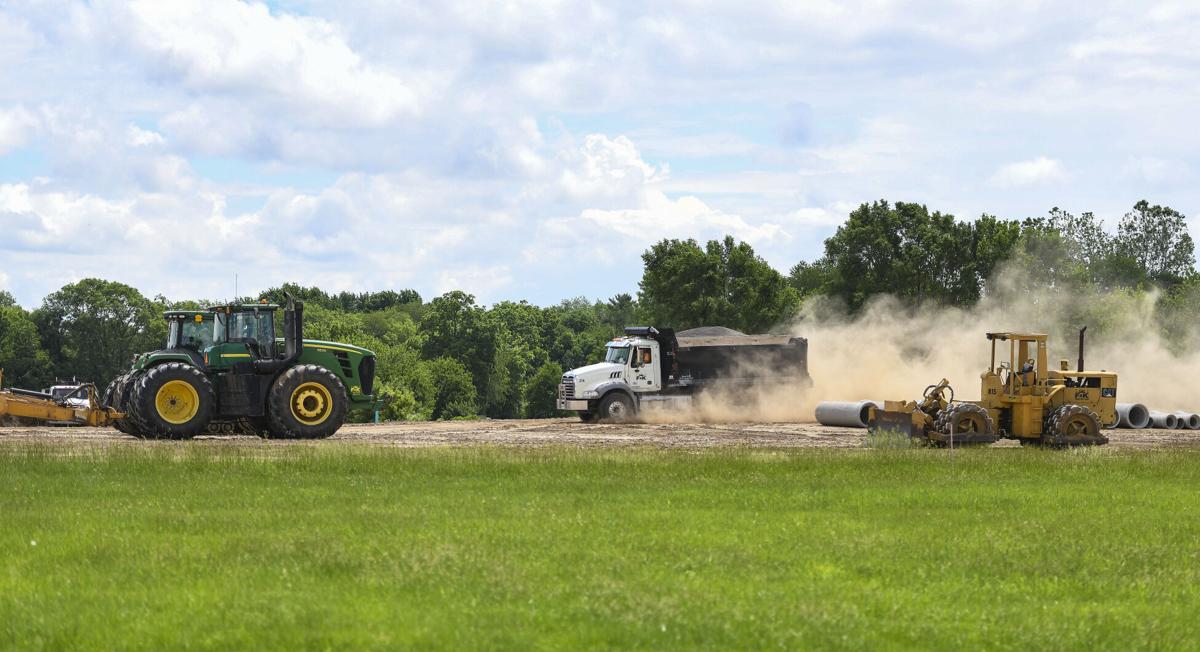 A truck drives through the construction area of the new intermediate school near Chase Road on Wednesday in Logansport. 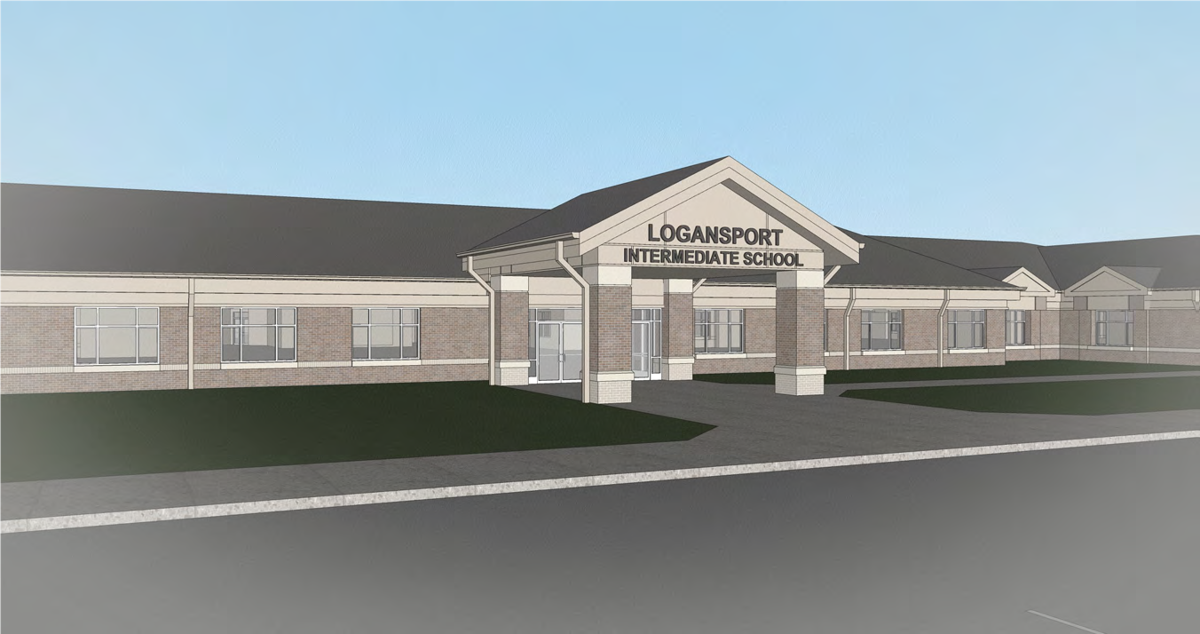 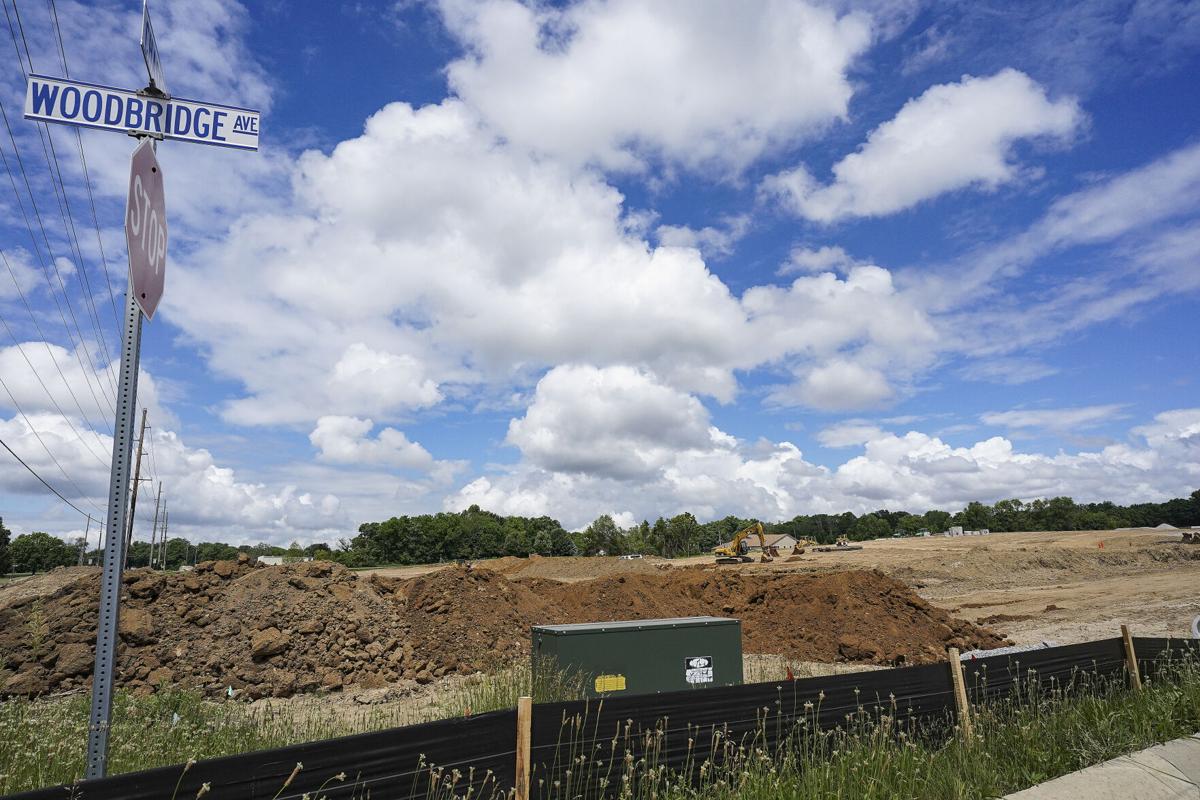 Construction continues on the new intermediate school near Chase Road on Wednesday in Logansport.

A truck drives through the construction area of the new intermediate school near Chase Road on Wednesday in Logansport.

Construction continues on the new intermediate school near Chase Road on Wednesday in Logansport.

It’s a done-deal with locked-in prices.

The Logansport Community School Corporation board made its decision to wrap up round two of the bid package process. After considering 60 bids for 14 categories, the members followed the advice of project manager, Tom Smith of Skillman Corporation, and came in under early price projections.

The second stage of the construction of the new Intermediate School on Chase Road will cost approximately $16.5 million.

Smith said he would immediately send out the contracts and notices to proceed so that each group would be bound to the dollar amounts. “With the volatility in the market, I thought it was good to get going,” which was the purpose behind the special board meeting Monday.

“Materials and supplies are being rationed right now,” he said, adding that firms will be buying items as they can find them. Then, they will store the goods at the job site or in containment units until needed.

Once the businesses are under contract, they would have to eat the increase in any prices that may go up, such as lumber, which has consistently jumped in price over the last few months. Alternatively, if prices go down, the school corporation is locked into the bid amounts.

But considering the market conditions, it’s unlikely that scenario will play out.

Instead, Mike McCord, board member, is worried that some contractors may not follow through with what they’ve been hired to do, especially if they are forced to make up the difference in expenses. Whether it’s lumber or electrical wire, which is experiencing a shortage right now, he said, “I’m concerned these guys may cut corners.”

He cited the previous HVAC system that was installed at Logansport High School as an example. McCord said the system was faulty from day-one, requiring the boiler to run during summer.

Smith said he does not expect any contractor to make poor choices. “You hired us to make sure that doesn’t happen,” he said, while also alleviating any concerns Dave McClure, board member, expressed about labor shortages.

So far, Smith said, the corporation is exactly where it needs to be. Whereas the first bid package for the excavation and other work was higher than expected, he said this second one is making up the difference.

The second package will have 13 companies on site at the 20-plus acre property.

Larson Danielson has been hired at a cost of $1.6 million for general trades. Others are as follows: James Scharer Masonry for masonry work at $1.4 million; Amos Exteriors for roofing at $1.3 million; JW Werntz for glazing at $587,500; Hearn Construction for drywall and ceilings at $2.5 million; Heritage Classic Construction for painting at $147,500; Lee Company for casework at $232,850; Victory Surfaces for tile and terrazzo at $526,500; Interior Finishes for carpet and resilient flooring at $463,440; Central Restaurant Products for food service equipment at $562,418; Hill Fire Protection for fire protection at $425,000; Hermann & Goetz for plumbing and mechanical at $4.1 million; and, Huston Electric for electric and low-voltage at $2.6 million.

Superintendent Michele Starkey thanked Smith for his efforts to keep the process moving ahead and for providing solid guidance throughout the bidding phases.

Based upon concepts created by Indianapolis-based Gibraltar Designs, the new school will feature approximately 106,580 square feet of space, housing separate wings for the 5th, 6th, and pre-kindergarten students. The fifth graders will have the west side of the building while the 6th graders and special education students will use the east side of the structure. The pre-kindergarten kids will use a separate area on the eastside of the site with its own entrance.

The gymnasium and cafeteria will be housed in quarters set apart from the classrooms since community and sporting events would take place in these arenas. A media center also will be featured.

Overall, there would be approximately 750 middle-school students utilizing the new intermediate school. More than 100 preschoolers would be at the site.

Plans are to have the school opened by July 2022.