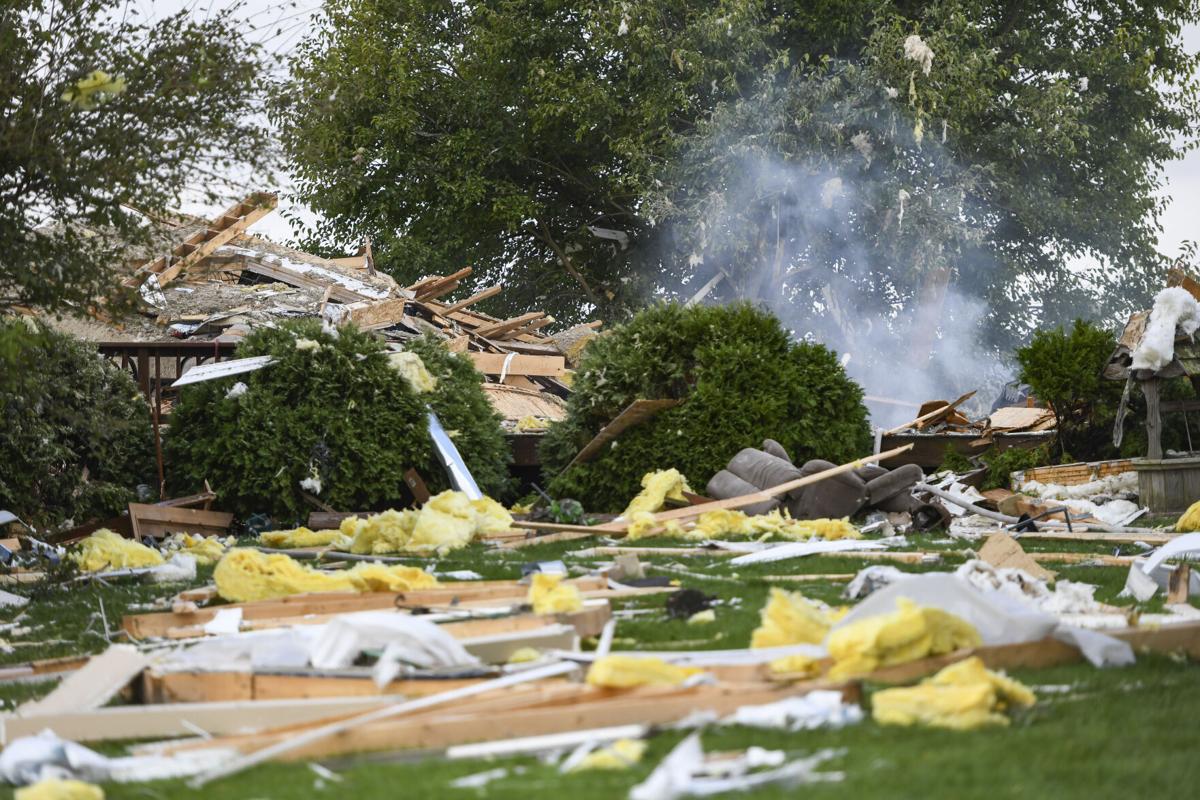 Smoke rises from the basement area of the home of Paul and Deborah Ulerick in Twelve Mile after it exploded on Oct. 8. Paul died of his injures on Nov. 1. 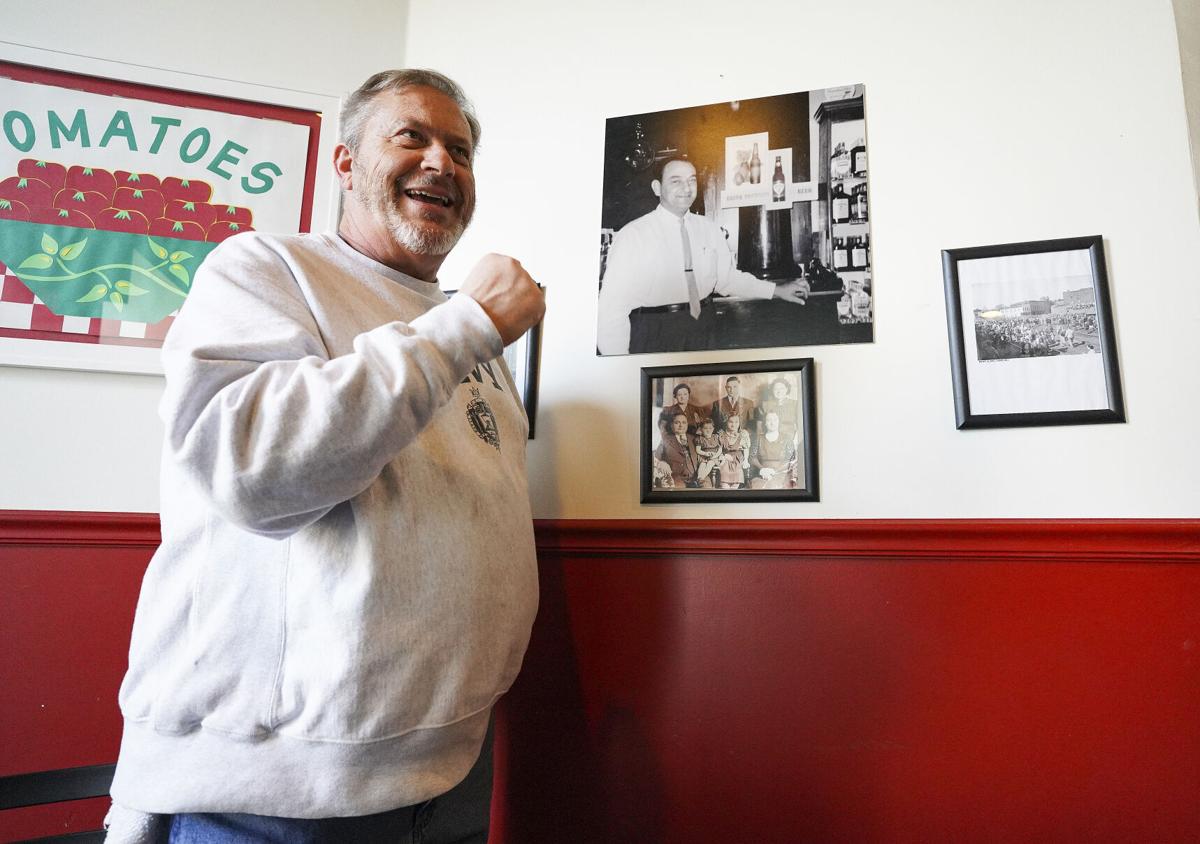 Paul Ulerick at Amelio’s on the River in January 2021, showing pictures of the Amelio family that hang on the wall. Ulerick remains in critical condition but is making excellent progress after being caught in a house explosion Oct. 8. 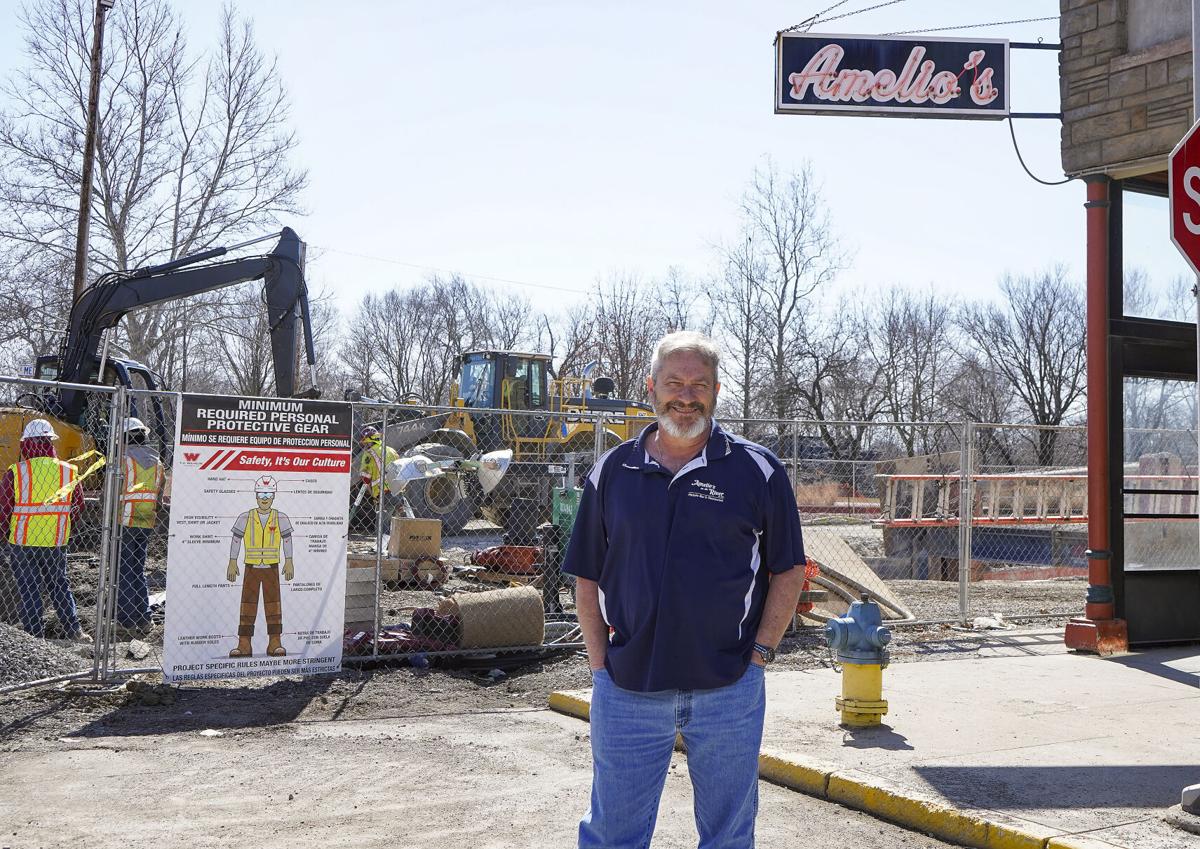 Paul Ulerick, owner of Amelio’s on the River, poses outside of the restaurant on March 4 in Logansport.

Smoke rises from the basement area of the home of Paul and Deborah Ulerick in Twelve Mile after it exploded on Oct. 8. Paul died of his injures on Nov. 1.

Paul Ulerick at Amelio’s on the River in January 2021, showing pictures of the Amelio family that hang on the wall. Ulerick remains in critical condition but is making excellent progress after being caught in a house explosion Oct. 8.

Paul Ulerick, owner of Amelio’s on the River, poses outside of the restaurant on March 4 in Logansport.

Paul Ulerick, the owner of Amelio’s On The River restaurant and a Cass County native, is still in critical condition from the explosion that demolished his Twelve Mile home two weeks ago.

However, he continues to progress faster than expected.

It’s a pleasant surprise for the two doctors each time they give an update, said Mary Babb, niece to Deborah and Paul Ulerick and spokeswoman for the family.

He was in the house’s basement at the time of the explosion, and a neighbor who heard the blast helped him out of the fire and debris, according to a report from Cass County Sheriff Ed Schroeder.

Babb declined to comment on details of the explosion while the investigation is going on but said, “it was some kind of propane explosion.”

Ulerick is receiving treatment in the burn center at Lutheran Hospital in Fort Wayne.

They started him on a ventilator and a feeding tube, not because he had trouble breathing, but because of the high levels of sedation the hospital staff had him under, said Babb. They removed the ventilator Oct. 22.

Ulerick has also had two RECELL treatments, a regenerative medical process where a small sample of the patient’s skin cells are used to create a suspension of skin cells that are sprayed on to burned areas to regenerate a new outer layer of skin, according to internet resources.

His two doctors are considering a third next week.

“He seems to be responding well to it,” Babb said.

He was in very good health before the accident, and the doctors believe he’s strong and hope he makes it through, she said.

Babb has been posting updates on Ulerick’s condition on a Facebook page, www.facebook.com/groups/armyforpaul.net.

Others have started a GoFundMe page to help the couple with the expenses of both his treatments and of losing everything in the explosion.

Those who wish to donate offline or to send cards and well wishes to Paul, Deborah or the family can send them to P.O. Box 843, Logansport, IN 46947.

The Ulericks and their family appreciate all the support that they’ve been receiving from Cass County, from all over the country and from different stages of his life — his college days and his time in Georgia and other states.

Last Saturday, a group of 39 people went to the site of the house and collected items, raked up glass and debris and cleaned the area outside the fence that surrounds the house’s base.

“He is a likable guy, and he’s been here forever,” she added.

That includes being involved in the community, such as with the Cass County Historical Society.

Babb said that Deborah is also doing as well as can be expected and is staying in Fort Wayne to be near Paul. Deborah’s mother and son came up from Georgia last week, and her mother is still there, supporting her.

“This is a tough situation that nobody is prepared for,” said Babb. “She still has to deal with the house situation.”

There’s insurance, the investigators and the reclaiming of items.

In the meantime, Amelio’s is staying open without changes.

Bar Manager Shonda Robinson had already been taking the reins while Paul went in for surgeries on his knee and eyes. Robinson told the family that Paul would want to keep the historic restaurant open.

Amelio’s will officially be 150 years old in November.

It was affected by both the COVID-19 pandemic and the construction outside its door along Melbourne Avenue for the last two years.

Ulerick continued to keep it open when restrictions allowed and said that the restaurant/saloon had survived the Spanish flu, Prohibition and the Great Depression, and would survive those, too.