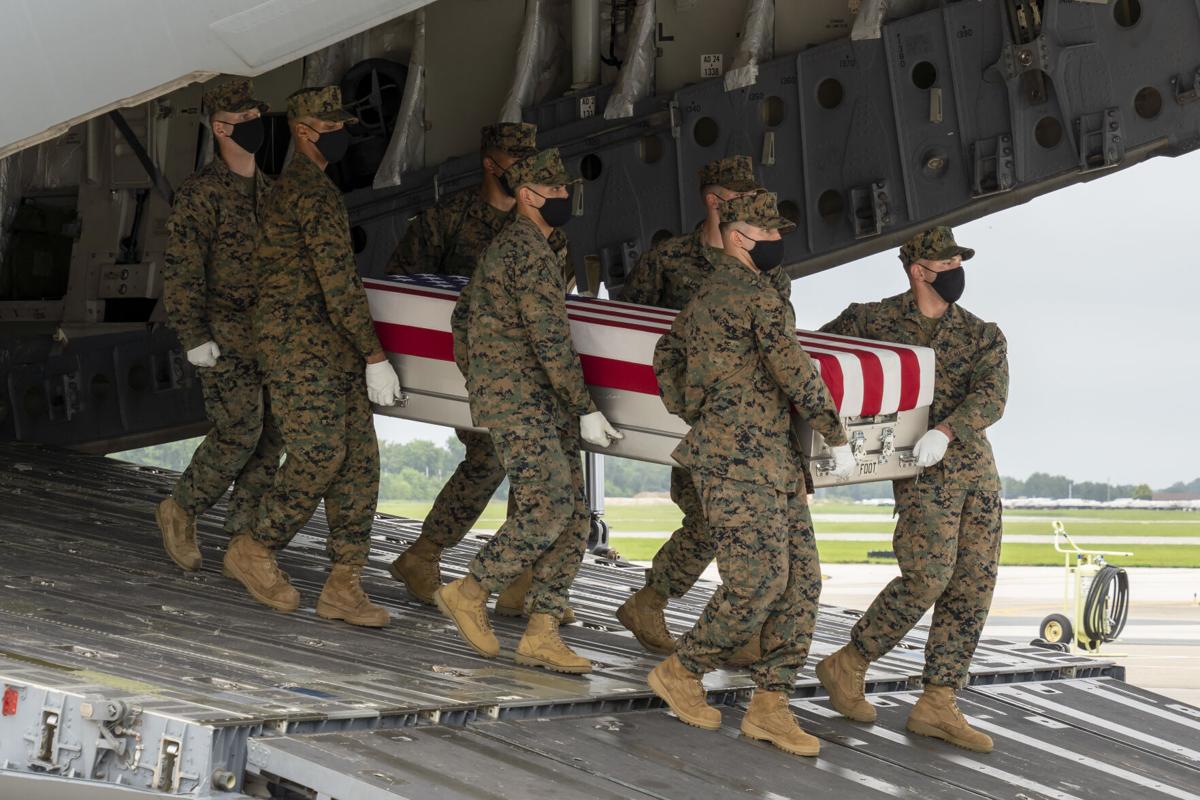 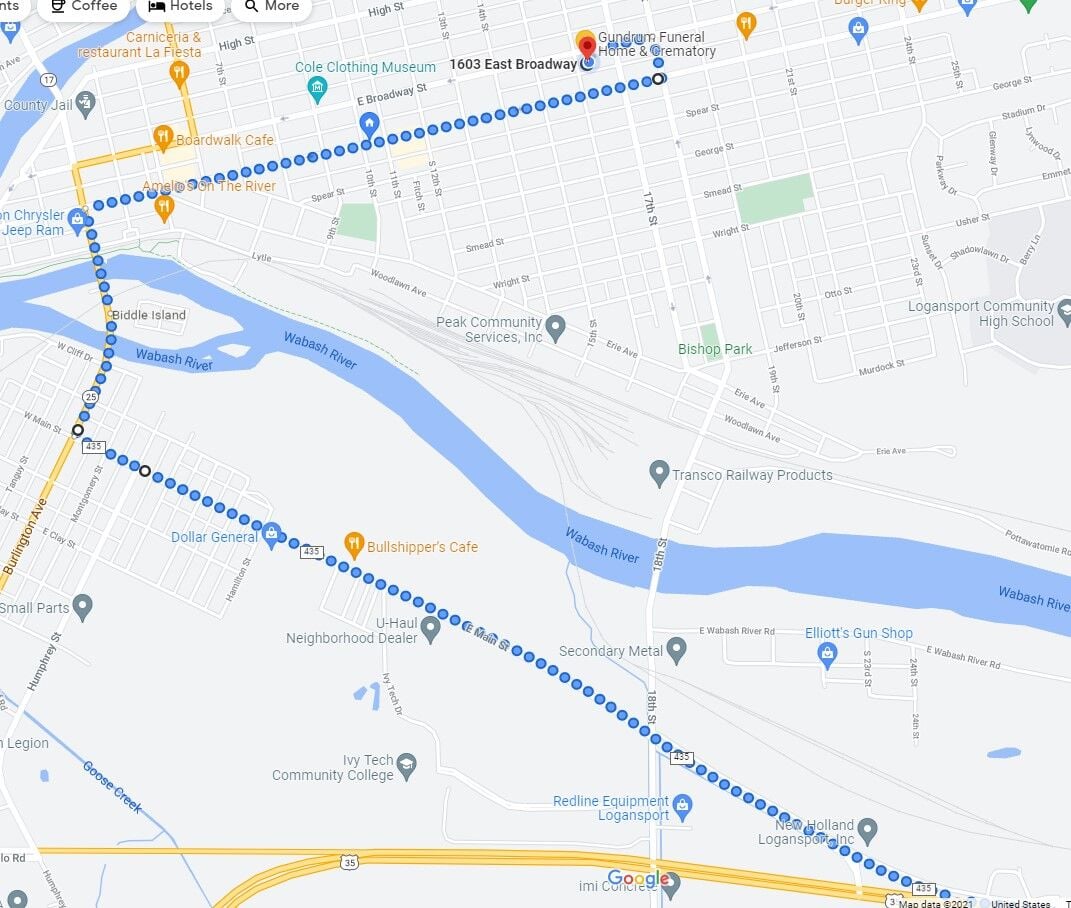 The procession route is shown for the transport of Marine Corps Cpl. Humberto Sanchez from Grissom Air Reserve Base to Logansport’s Gundrum Funeral Home & Crematory on Sunday, Sept. 12.

The procession route is shown for the transport of Marine Corps Cpl. Humberto Sanchez from Grissom Air Reserve Base to Logansport’s Gundrum Funeral Home & Crematory on Sunday, Sept. 12.

And everyone who has been asking the simple question: “What can I do?” now has an answer — show respect and honor by bringing a flag.

Misty Frost, founder and executive director of One Warrior Foundation, said community members who plan to attend the homecoming ceremony on Sunday, Sept. 12, for Marine Corps Cpl. Humberto Sanchez should bring the red, white and blue to hold or sit in the ground along the route.

The 22-year-old Logansport resident who was killed in action at the Hamid Karzai International Airport in Kabul, Afghanistan, will arrive at Grissom Air Reserve Base at 10:30 a.m. Sunday. A procession from the base to Logansport will begin between 10:45 and 11:15 a.m.

Once leaving the base, the route will head west on Indiana 218 toward U.S. 35 in Walton. Turning north on U.S. 35, the path will continue north to Logansport, where the procession will exit onto Main Street and toward Burlington Avenue. Turning north onto Burlington Avenue, the procession will head to the intersection of Third and Market streets, where the path will go toward 18th Street and then Broadway.

The route will end on Broadway at Gundrum Funeral Home & Crematory.

During the procession, Frost said “we want a good patriotic representation. So if anyone has a flag, please bring them down to put along the route.”

Approximately 2,000 flags have been purchased to hand out that day, but Frost does not believe that will be enough. If people could bring their own — as long as they’re not too large — she said it would help provide the respect this fallen soldier and his family deserves.

Once Sanchez arrives at the funeral home, it will be a time of privacy and solace for the immediate family only.

“The important thing is to give space and breathing room,” said Frost. “It’s important to understand that people will be given an opportunity to express condolences, but on Sunday, we want to come around her as a community to protect her and protect her heart.”

Sunday will be a difficult day for all involved, but for the corporal’s mother, Coral Briseño, it will be even more so. Not only will this be the first time she gets to welcome her son home, but it also will be her birthday.

“And we need to be mindful of the significance of this day in her life,” said Frost, adding that giving Briseño and her family time to grieve in private is of utmost importance.

Gundrum Funeral Home asks that people not congregate around the funeral home.

“We’re going to have an amazing outpouring of love, and it will be phenomenal,” said Frost, “and people will get a chance to express condolences, but Sunday is not that day.”

On Monday, Sept. 13, a public visitation will be held from 1 to 7 p.m. at LifeGate Church, 831 Burlington Ave. Briseño and her family will be available for those who wish to express their concerns and condolences.

And the public is invited to attend the funeral on Tuesday. Frost asks that people be respectful and let the family have first access to the church and seating. While the church has a capacity for up to 1,100, she expects more than that to be in attendance.

Services will begin at 11 a.m. at the church. Burial with full Military Graveside Rites will follow in Mount Hope Cemetery.

Gundrum released the funeral procession route details as follows: leave LifeGate Church and turn north onto Burlington Avenue; proceed on Burlington Avenue to the intersection of Third and Market streets; turn east onto Market Street to Sixth Street; turn north onto Sixth Street and proceed to Hanna Street; turn right on Hanna Street and then left onto Pleasant Hill and into Mount Hope Cemetery.

Sanchez was assigned to the 2nd Battalion, 1st Marine Regiment, 1st Marine Division, I Marine Expeditionary Force, Camp Pendleton, California, and stationed in Jordan. He worked as an embassy guard before his unit was reassigned to Kabul airport.

On Aug. 26, a suicide bomber with 25 pounds of explosives entered the airport gate and took the lives of 13 military service members and approximately 180 Afghans. Sanchez was one of the fallen.