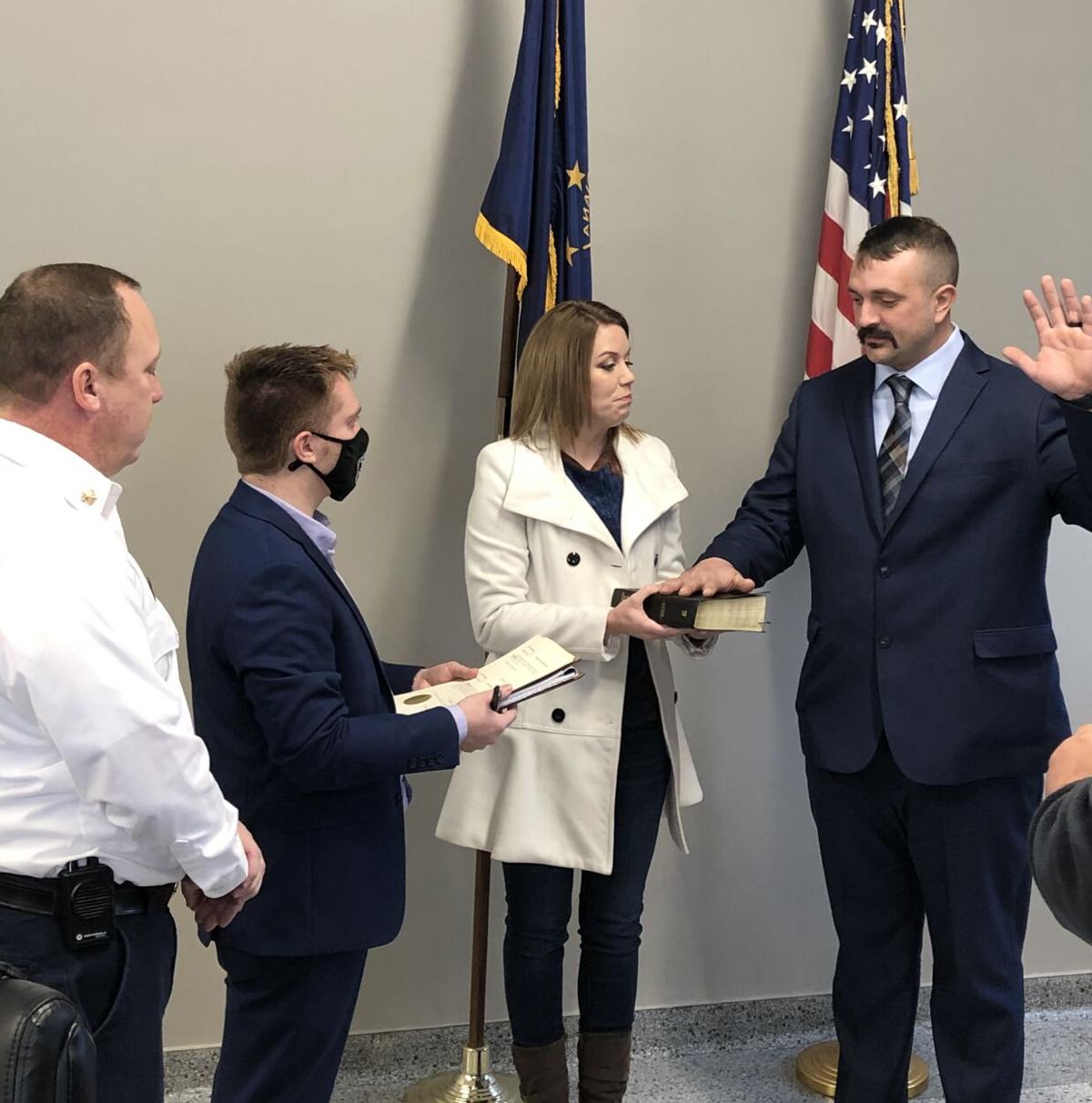 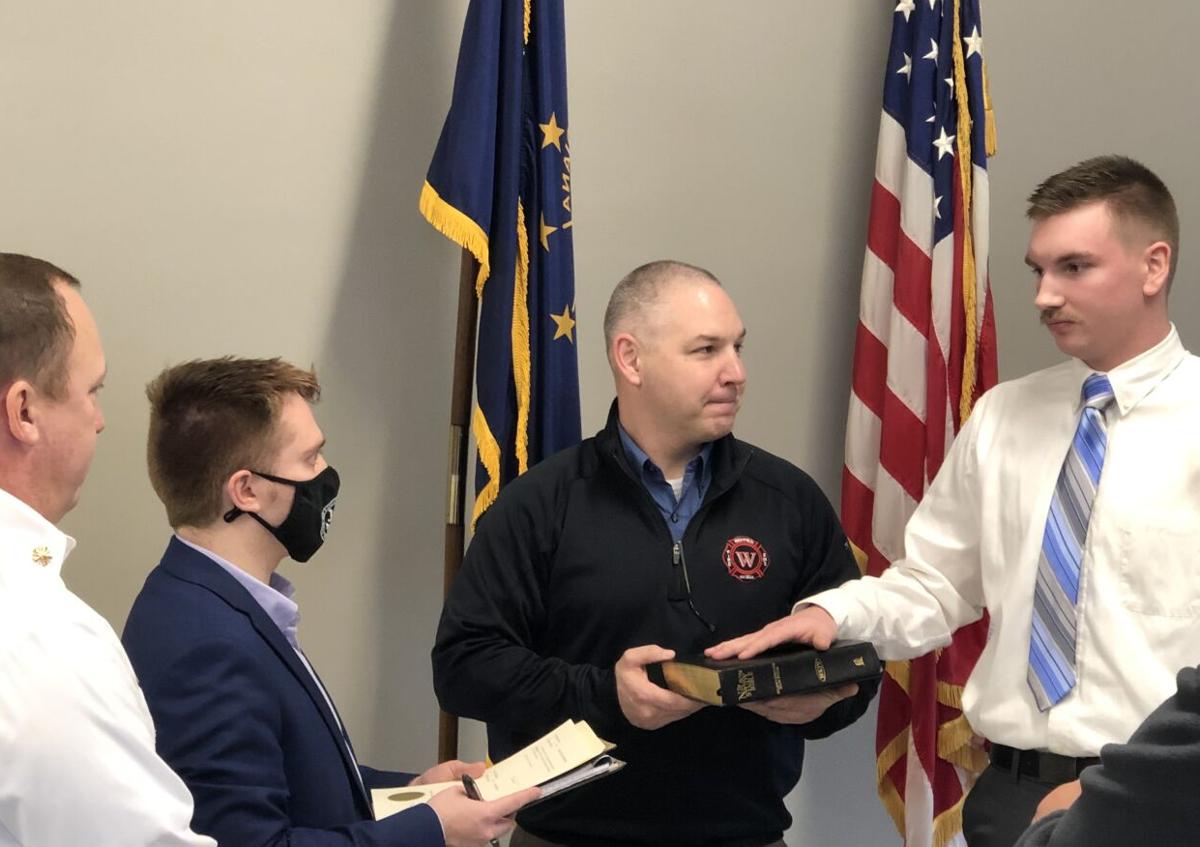 At the Logansport Board of Public Works and Safety meeting, Fire Chief Rick Bair sought the hiring of Bradley Moon and Blake Gaylor to his department. After submitting each man’s accomplishments and certifications, the board unanimously approved the requests.

Both were sworn-in by Mayor Chris Martin with several firefighters in attendance for the event.

Moon comes to the department with the rank of lieutenant from Cass County Fire District 1. He holds “several firefighting certificates, including Firefighter I/II, Fire Officer Strategy & Tactics, Haz Mat operations, and his Emergency Medical Training certification,” Bair informed the board, adding that Moon has completed the department’s hiring process and all mandatory screening requirements.

He is a 2004 graduate of Caston High School and has been employed with District 1 since 2017. He resides in Cass County with his wife, Ashley.

Gaylor is a 2019 graduate of Carroll High School, and he has been volunteering with the Burlington Volunteer Fire Department since 2016. He currently resides in Flora.

Joining him for the event were his parents, Rob and Amanda Gaylor, who were extremely proud of their son, Amanda said.

Martin expressed his appreciation for Moon’s and Gaylor’s willingness to serve. “You make the city safer,” he told them.

Board member Lisa Terry echoed the mayor in thanks.

All work is for the purpose of installing gas lines.

Logansport residents stayed fairly busy throughout 2020, according to Building Commissioner Wayne Erwin. He informed the board that there was an increase in requests for electrical licenses as compared to 2019. Similarly, building permits increased from 449 in 2019 to 464 in 2020. Contractor registrations jumped as well, but that was mainly due to the city requesting contractors carry insurance coverage, he explained.

While the city saw a decline, Martin said that “it’s not a bad year for a worldwide pandemic.”

Frey, Kent Conn, 86, of Kokomo, visitation will be from 11 a.m. to 1 p.m. today at Shirley & Stout Funeral Home, 1315 W. Lincoln Road, Kokomo. Friends are invited to watch the funeral service via webcast, which can be accessed through a link on his obituary page that will be available be…