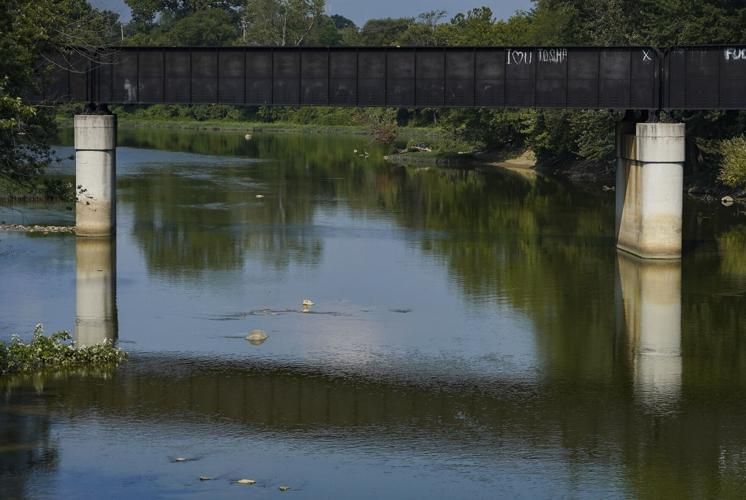 The Wabash River in Logansport is shown on Friday. 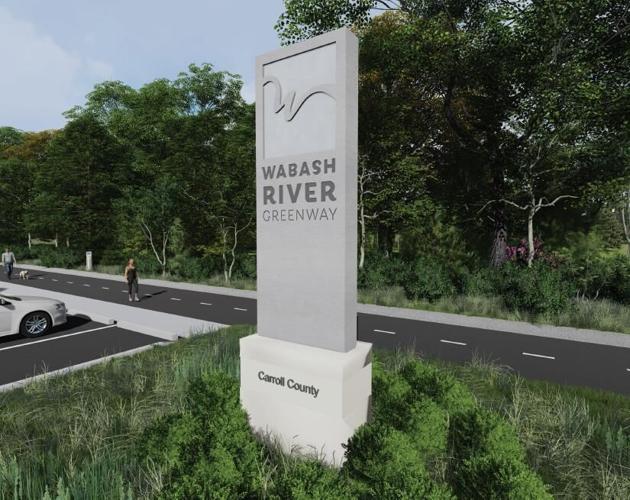 Shown is the marker that would be used at each site along the Wabash River Greenway. This one already sits in Carroll County. 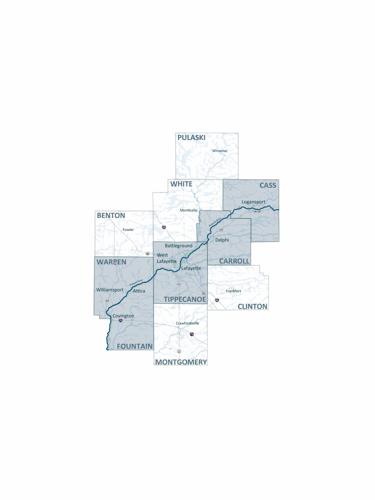 This map shows the path of the Wabash River Greenway and trails system that could run from Cass to Fountain counties. The project would encompass all 10 of these counties. 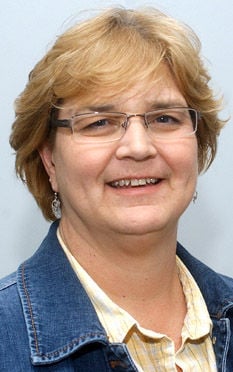 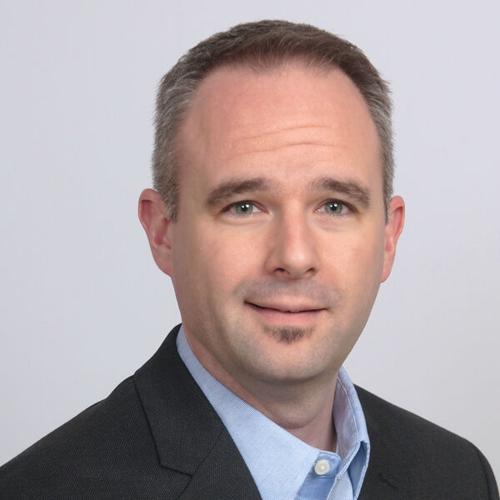 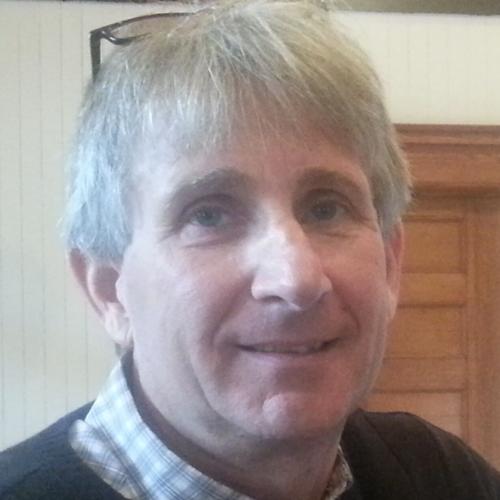 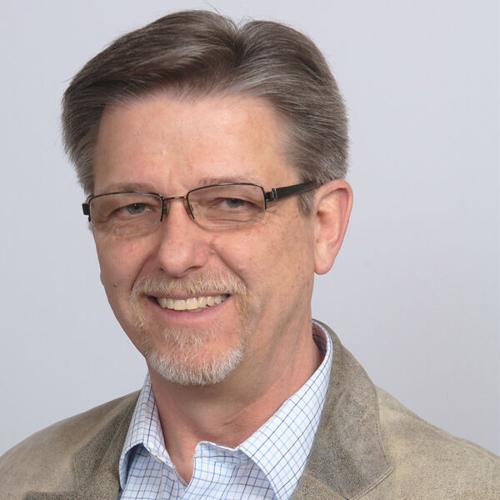 The Wabash River in Logansport is shown on Friday.

Shown is the marker that would be used at each site along the Wabash River Greenway. This one already sits in Carroll County.

This map shows the path of the Wabash River Greenway and trails system that could run from Cass to Fountain counties. The project would encompass all 10 of these counties.

Imagine kayaking the Wabash River from Logansport to Covington.

At stops along the way, water enthusiasts could get out and stretch their legs at various points between Cass and Fountain counties. At each site, there could be kiosks for canoe rentals. People could hike the trails, or enjoy a trek through one of the nearby towns.

Then, once they’re ready, they could get back in the kayak and continue with the southern flow.

For the past two years, a group based out of Lafayette has been working to make this a reality. And now, the Wabash River Enhancement Corp. (WREC) is seeking public input on its Wabash River Greenway project. The community is invited to a workshop at 6 p.m. Sept. 7 at McHale Pavilion, 1212 Riverside Drive.

The purpose is to develop the Wabash River Greenway Corridor Master Plan in order to lay the groundwork for a greenway along 90 miles of the Wabash River. The project will encompass five counties — Cass, Carroll, Tippecanoe, Warren and Fountain — while extending to Benton, Clinton, Montgomery, Pulaski and White counties through tributaries, trails and utility corridors.

All 10 counties are part of the Wabash Heartland Innovation Network, a project geared toward being developed as the first smart technology-based region in Indiana. It is funded by the Lilly Endowment.

“There will be almost 350 miles of connectivity options up and down the corridor,” said Brandon Schreeg, project manager with Kimley-Horn, a planning and design engineering consultant firm in Indianapolis. “This could be unique because of the loops. There could be an infinite number of loops.”

Referring to the ability to connect the river and trailways, Schreeg said no other system in Indiana offers such an opportunity. Not only would the 10 counties be attached through the waterway, but eight of the sites are trail towns.

Locally, that includes Logansport and Delphi. Other areas, such as Lafayette and Covington, are included in that list, he said, adding that bike paths could be brought into the program as well. Each main point will be marked with the same logo along the river and trails so visitors will know everything is linked.

Logansport Parks & Recreation Department Administrator Jan Fawley said bikers would appreciate the chance to pedal all over the Hoosier state.

“The idea of connecting trails is something we always wanted, especially with Carroll, Miami and Pulaski,” Fawley said. “The ultimate goal is to connect these trails so people could go more distance, especially on bicycles.”

The upcoming meeting “makes it more of a reality. Ideas will be discussed. People will have a chance to see all of the potential routes, and if they have an idea, like … Pipe Creek Falls … they could mention those types of ideas.”

Boards, maps and diagrams will be presented so participants can view the pathways. No one will be put on the spot to speak, she said, but guests will be invited to share any thoughts.

Fawley, who serves on the steering committee of the initiative, said Logansport could have an opportunity to hook up Little Turtle Waterway, River Bluff and Huston Park pathways so “someone has more than five or six miles of trails.”

The project grew out of a study that identified trails and green spaces were needed to improve quality of life, said Stan Lambert, executive director of the WREC. “The key component that I really push is looping. It’s unique. If we create these looped opportunities, people can go out on one part of the trail and see a wider variety or section of the corridor. It would connect the river with both sides of the communities, with no barriers.”

There would be increased river access sites for kayaks and canoes as well as bike rentals, Lambert said. “Part of the greenway could bring sustainable economic development to the region.”

Mom-and-pop businesses could open to offer ice creams shops and small eateries. Campgrounds could extend into these areas.

“These would enhance activities and fit right into the plan,” Lambert said, adding that a future idea could include kiosk-style rental shops for canoes, kayaks and bicycles. It would be like Redbox; people could rent the mode of transportation and drop it off down the river at another kiosk.

For those who would need to get back to their hometown, livery services would be available.

Another option would be the usage of smart technology. Lambert said each path, whether along the river or along the trails, could be set up with information booths or sites with QR codes so people could hold up their phones to the matrix barcodes and read historical data about the location and towns. It would be a way to provide educational opportunities and outreach programs for visitors.

And the main purpose, said Fawley, would be for those visitors to come into city limits for food or shopping. “Tourism is the primary thing. We have so much to offer here. We have what people want: solitude, beauty, farmland and nice people. It’s where we shine. This is our way of sharing what we have with the rest of the world.”

Eventually, this project could include other offshoots, like France Park to the Panhandle Pathway toward Winamac and the Nickel Plate with Peru. From there, the trail system could join the American Discovery Trail, which is a cross-country network that connects California to Delaware, as well as the planned 3,700-mile Great American Rail-Trail, which would link Washington, D.C., to the state of Washington.

But before that can happen, the multi-million dollar Wabash River Greenway project must happen, and it will be a “big challenge,” said Schreeg.

Support for the project is being provided by WHIN and North Central Health Services.