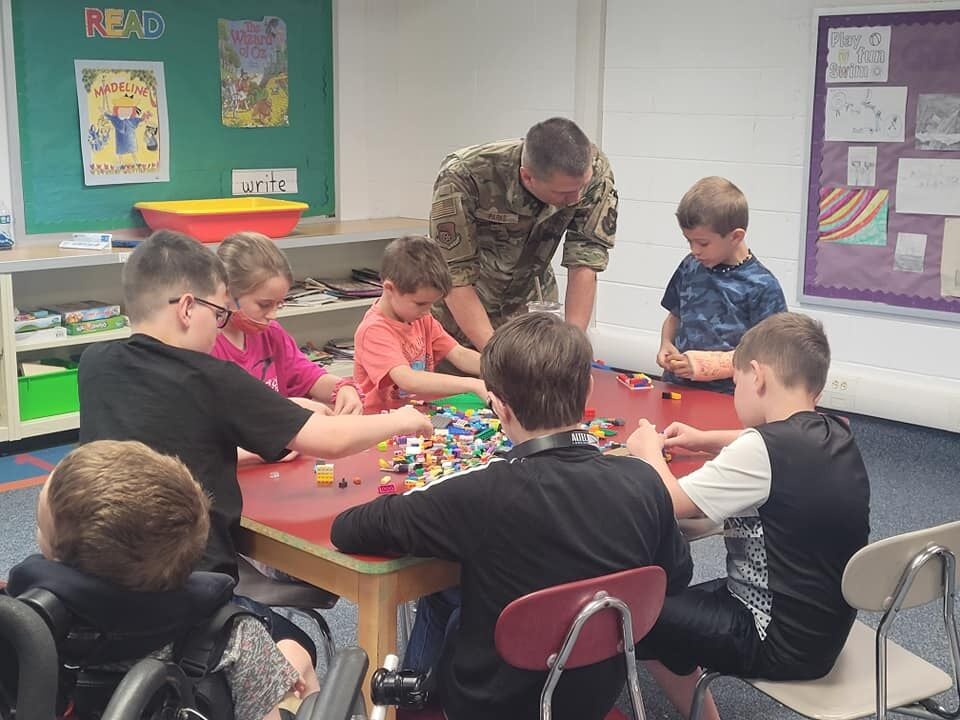 Chief Master Sgt. Nathan Parks from Grissom Air Reserve Base took a tour of the Lewis Cass Early Learning Academy Wednesday to learn about the center where children attend Monday through Friday. 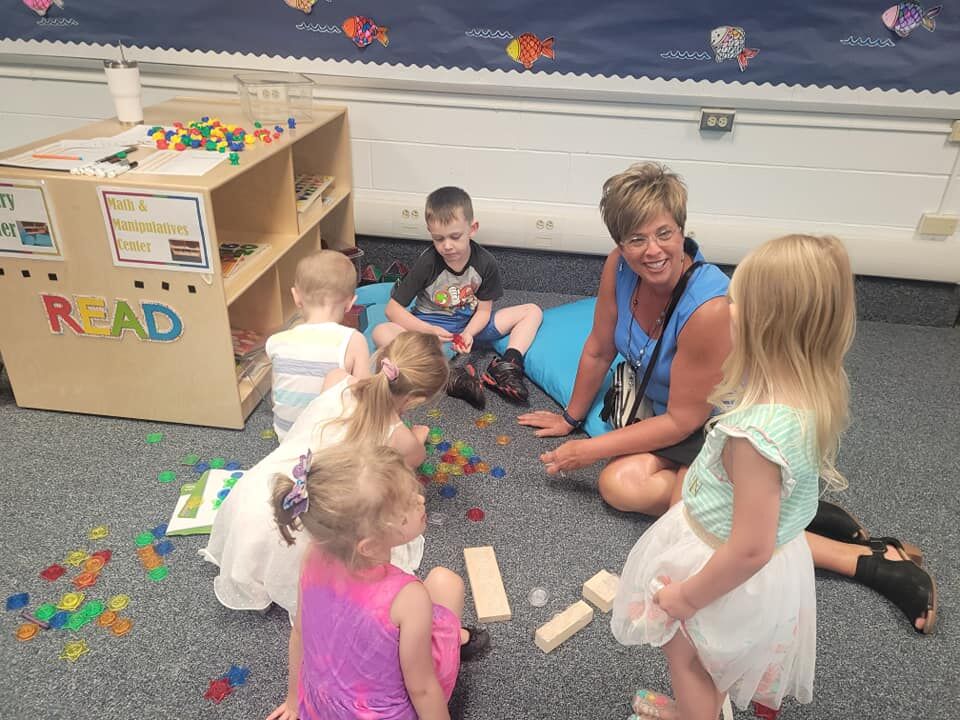 State Senator Stacey Donato joins in on the fun with some children who attend the Lewis Cass Early Learning Academy in Galveston. She spent a few hours on site Wednesday to learn more about the facility. 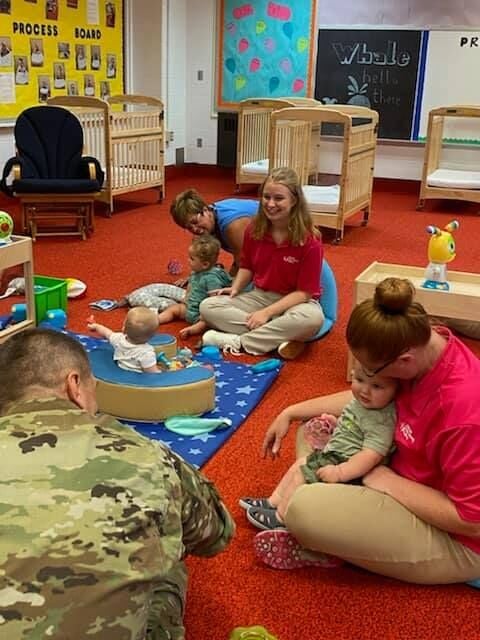 Chief Master Sgt. Nathan Parks from Grissom Air Reserve Base took a tour of the Lewis Cass Early Learning Academy Wednesday to learn about the center where children attend Monday through Friday.

State Senator Stacey Donato joins in on the fun with some children who attend the Lewis Cass Early Learning Academy in Galveston. She spent a few hours on site Wednesday to learn more about the facility.

GALVESTON – Three years ago, Lewis Cass Schools polled families in the Walton and Galveston areas. The results confirmed suspicions: there was a lack of child care facilities.

With the pre-kindergarten program just getting started in 2018, the corporation recognized “it was very evident that the need was far greater than just for 4-year-olds. We were missing a huge portion,” said Angela Johnson, director of the Lewis Cass Early Learning Academy. “Child care was a desert. Options were limited, few and far between.”

Responses were off the charts, she said. “We could’ve filled every classroom twice … this told us that we needed to really move forward.”

So, Lewis Cass made plans to open a facility in late 2019, but then the pandemic hit, stalling progress. After debating the next steps, Dr. Tim Garland, superintendent, opted to stay the course.

This allowed the corporation to open the academy in the former Galveston Elementary building on Maple Street in August of last year.

“We are an early learning facility,” said Johnson, explaining that even though the name ‘Lewis Cass’ is attached to the academy, the child care center is actually not part of the school corporation. In fact, funding comes from tuition. “That’s how you pay the bills,” she said. “Startup costs for child care is in the hundreds of thousands.”

That’s why she’s hoping area businesses and community members may choose to partner with the Early Learning Academy, which benefits both the private and public sectors.

On Wednesday, Chief Master Sgt. Nathan Parks from Grissom Air Reserve Base, State Sen. Stacey Donato, and Christy Householder from Cass County Economic Development toured the facility to gain a better understanding of what is available to residents of the base and other Cass County communities.

This is a place where parents can send their 6-week-old to 12-year-old children for quality education, Johnson explained. Because it’s not a baby-sitting service or a typical child care facility, participants will know that their children are receiving knowledge that will aid in the learning process, she added.

Johnson said that Lewis Cass Schools was made aware of just how far behind some children were in their experiences. “Some can’t interact with their peers. They can’t play with others and they can’t color.”

Discovering these deficiencies during the Pre-kindergarten sessions prompted the notion to jump on an early learning environment. “We saw that an educational component was needed before Pre-K,” she said.

At the academy, the children are taught basic skills that will provide a jump-start on their formal education, Johnson said, assuring that all lead care givers have at least an associate degree in child development. Some employees have higher degrees.

The assistants must have a high school diploma. Through their work, Johnson said they are gaining hands-on experience that could be useful if they choose to pursue a college degree in this field.

Everyone must undergo 20 hours of annual continued education or training. And each of the 14 employees is CPR and first aid certified.

Currently, there are 67 students enrolled with room for up to 138 children.

Johnson said the academy is flexible. If a parent would prefer to send his or her child for one-half a day, once a week, that could be arranged. On the flip side, if a child attends the full schedule available, from 6 a.m. to 5:30 p.m. Monday through Friday, that works as well.

Costs range depending on age and the number of days attending. For example, a four-year-old attending five days a week could cost approximately $125 weekly while an infant on site for the same amount of time may run $175 per week.

No matter how often a child attends, Johnson said the investment in gaining strong core learning skills is the most beneficial aspect, regardless if the time spent is three hours or 50 hours per week. What the children learn at the academy will transcend to the Pre-K classroom, and on up the chain of learning.

“We run our curriculum all year-round,” she said. “Activities may look different, but they’re still planned activities that promote growth and development of the children so that it helps get them ready for pre-kindergarten through 12th grade.”

“There is a push for child care and quality education,” Johnson said. “That’s why we’re looking to make partnerships … child care needs support.”