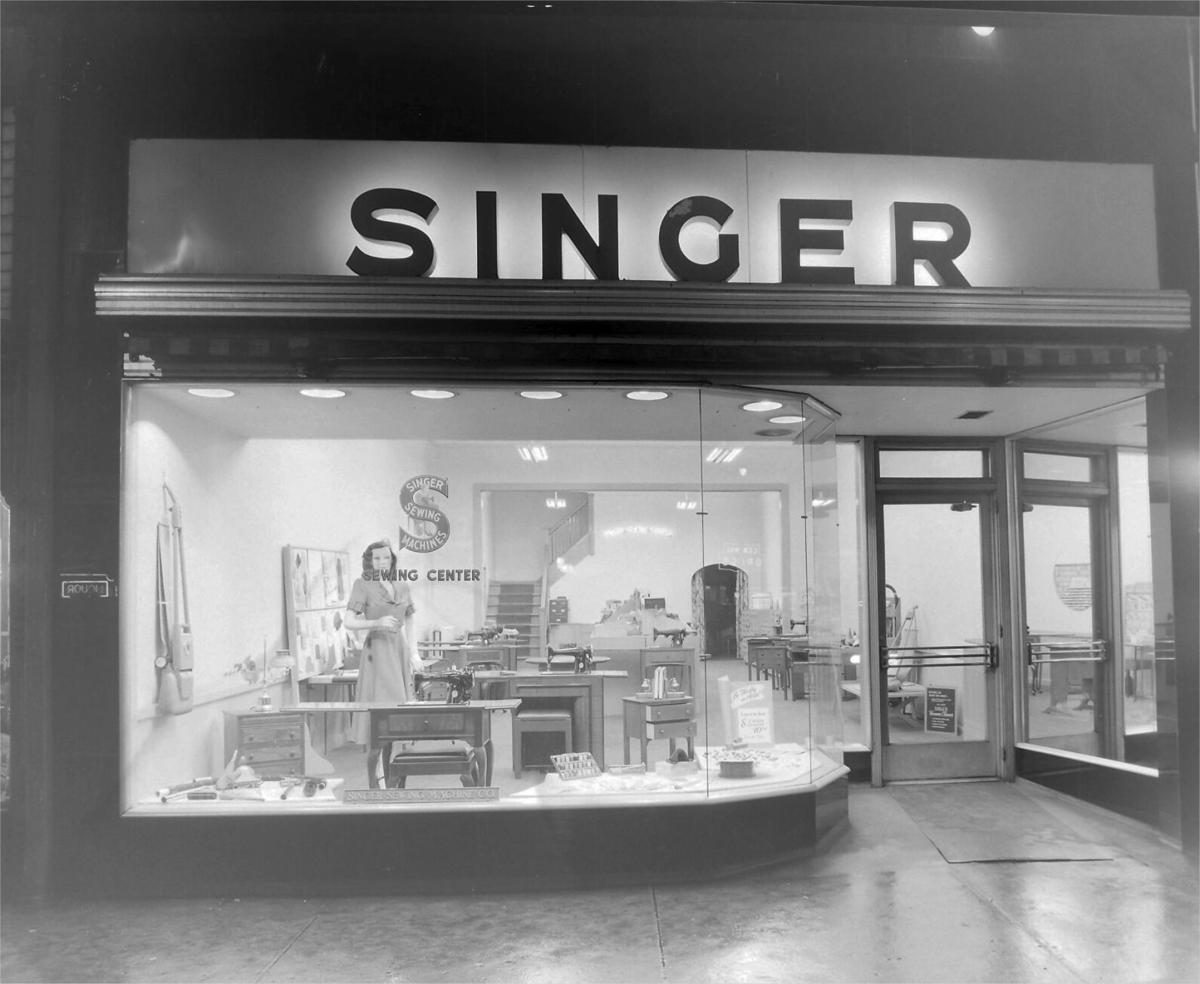 Looking back: Singer Sewing Machine Co. moved from a Pearl Street location to this 318 E. Broadway store front in the early 1930s. In addition to sewing machines and supplies, they offered electric vacuum sweepers. Photo date 1939.

Looking back: Singer Sewing Machine Co. moved from a Pearl Street location to this 318 E. Broadway store front in the early 1930s. In addition to sewing machines and supplies, they offered electric vacuum sweepers. Photo date 1939.

Foreclosures added to an excess of homes, 287, to be exact, for sale in Cass County.

The hotel at 3550 E. Market St. known as the Holiday inn for 35 years has changed to Ramada Inn.

Removal of the 40-plus-year-old exterior of a building at 212 Fifth Street has begun revealing the original brick and masonry work hidden under sheets of Masonite board.

The Logansport Berries in a sloppy game that included a combined six errors, 11 walks, and two hit batsmen, struggled throughout, but came through with a dramatic come from behind 6-5 in game 1 of a twin bill with Benton Central. The Berries won the second game also.

Federal-Mogul has broken ground for construction of a 15,000 square foot research and development facility in Cass-Logan Industrial Park south of the city.

William R. Cuppy has retired from the Logansport Fire Department after more than 30 years of serving as a firefighter.

Curtis Ravenwolf told the Logansport Parks and Recreation Board that he is willing to coordinate volunteers to beautify the Flory Preserve on the city’s south side.

This week the Indiana High School Athletic Association will vote for the first time on a controversial proposal to shelve the state’s traditional one-class tournament format and replace it with separate tournaments based on enrollment.

The Logansport Lady Berries scored a 10-1 victory in their 200th softball contest. Senior hurler B. J. Woodward tossed a four-hitter against a tough Tipton squad.

Between 200,000 and 300,000 youthful protestors shouting “Out now” jammed the slopes of Capitol Hill and roared when told that only Congress – and not the White House – can end the war.

Indiana State Trooper, Det. Glen Hosier, who “fought like hell” in his battle against death, succumbed at Methodist Hospital, Indianapolis.

Fund raising events are being planned for money for a chapel at the Logansport State Hospital.

Debra Downhour, a 1968 graduate of Lewis Cass, will compete in the Miss Indiana pageant for Miss USA-Universe.

Mark Stayer celebrated his 18th birthday here by pitching the Berries to a 9-2 victory over defending state champions South Bend Clay in the first of a doubleheader. Greg Fisher made it a clean sweep by hurling a two-hit shutout for a 2-0 victory in the second.

The men handling the mail in Logansport will soon be armed with 45-calibre automatic pistols. Postmaster George B. Davis was notified that the postal department authorized a shipment of arms and ammunition to this office.

Charles Nethercutt of Biddle’s Island has been granted a patent on an anti-skidding device for automobiles.

Residents of Lincoln, in Jackson Township, are protesting the proposed elimination of freight and telegraph service for the town provided by the Pennsylvania RR.

The local high school Red and Black track team were soundly defeated by the Wabash team, who were the 1920 State Champions. Grube and Radkey won running events for Logansport.