The original rendering of the single-family Lexington Village housing project. 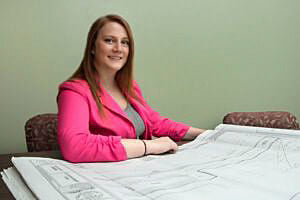 The original rendering of the single-family Lexington Village housing project.

The homes haven’t even been built yet, and there’s already a waiting list of people wanting to purchase property in the planned Lexington Village housing addition.

Arin Shaver, executive director of the Planning Department, told the Redevelopment Commission Wednesday that calls started coming in within the first days after announcing the development plan. So many people have expressed interest that the number of homes expected to be built jumped from 26 to 52.

Of course, she said, that means more time, labor, and materials will be needed for the project.

That’s why she is all for creating a residential Tax Increment Financing (TIF) district for the new residential area along Yorktown Road and High Street. Monies could be used to convert the individual quarter-acre sites to homes and then those tax dollars could be collected by the TIF district to be re-purposed for construction of the next group of properties.

It would be a step-by-step process, she said, adding that the approval and creation of a new district would take some time.

Mike McCord, commission member, agreed, claiming the TIF district funds could help with infrastructure work. “I thought word on the street would be that these (homes) would be too much, but there is a need” for this type of housing with properties at a cost of roughly $150,000 to $200,000, which has been evidenced by the 75 people who have sought information about moving to the village.

Shaver also informed the group that she is seeking City Council approval to back funding for the Main Street Revitalization Project (MSRP) if an extension of the $600,000 grant by Indiana Office of Community & Rural Affairs (OCRA) is not granted. The council will vote on an agreement at the May 3rd meeting.

Another need that the city should investigate, according to McCord, is parking, especially when apartments are being built – or plan to be built – in the downtown area.

Shaver explained that the parking lot on 6th Street near Black Dog Coffee and Legacy Outfitters is a public area, but the majority of spaces are on private lots. She agreed that the lack of public parking is an issue that needs to be addressed.