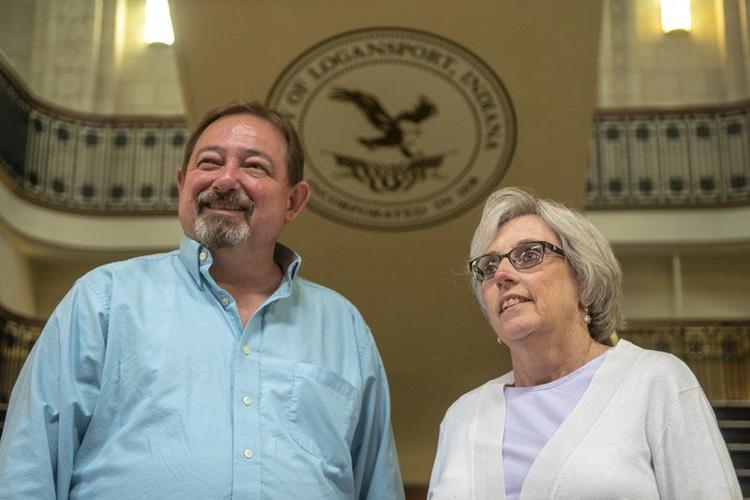 Terry Doran and Teresa Popejoy stand inside the city building during Doran’s previous run for mayor. Doran announced that Kevin Burkett will be his running mate in next year’s election. 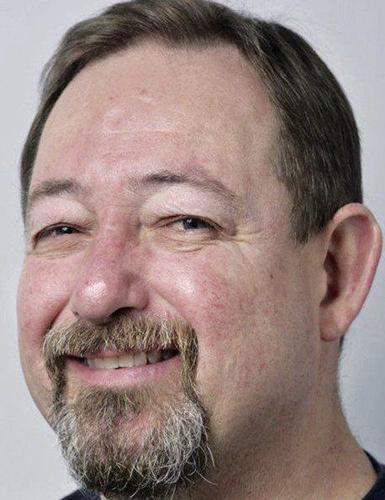 Terry Doran and Teresa Popejoy stand inside the city building during Doran’s previous run for mayor. Doran announced that Kevin Burkett will be his running mate in next year’s election.

Logansport resident Terry Doran announced his intention to run for mayor next year and said he plans to knock on 6,000 doors before the election.

“I’ve wanted to be the mayor for a couple decades, and everybody knows it,” he said.

“I have about 800 people under me that expect me to know what they’re up to and what I can do to make their jobs better,” he said about his position as a committeeman.

Doran previously ran for mayor in 2019, but confusion about the number of voter signatures required for candidacy resulted in his removal from the ballot.

Even though he described himself as a “life-long Democrat,” Doran ran as an Independent in 2019 so he could choose Republican Teresa Popejoy as his runningmate for deputy mayor. He said she was the most qualified person at that time so her political party was not a concern.

“I still think she’s the most qualified person I could’ve asked,” Doran said.

He emphasized that a person’s individual views are ultimately more important than their party affiliation.

“I’m a Democrat, but I will take anybody that wants to work and make our city better in my administration,” he said. “I don’t care what the politics are. I would hope that you can sot here and talk to me for a half an hour and not even know what party I belong to.”

Doran said he is in a much better position to run for mayor now than he was three years ago because of the experience he has gained.

This time around he will run as a Democrat. For his current bid, he has selected Kevin Burkett to run alongside him.

Doran said that as mayor, he would emphasize how much Logansport has to offer.

“One of the biggest problems we have is that we just don’t think very well of ourselves,” he said. “I think some of the folks who live (in Logansport) would be surprised at the compliments and the pleasantries that we get.”

Doran said he would like to highlight the north, south, and west parts of town because those areas have nice homes and businesses but do not receive as much attention as the east side of town.

Additionally, Doran wants to take advantage of Logansport’s location to attract residents and businesses from Kokomo, Lafayette, Indianapolis, and Chicago.

He said Logansport is a “bedroom community” and that good housing will lead to more residents. In turn, Logansport will attract more businesses and jobs.

“They can live more cheaply with less violence and less police activity. It’s safer all around than in any of those places,” Doran said. “ ... We’ve got a better place than we think we have. That’s the truth of it.”

In terms of economic development, Doran said he wants to revisit project proposals from previous administrations and finish worthwhile projects that were shelved.

“We have somewhere between 15 and 20 rolls of paper on shelves in the deputy mayor’s office,” he said. “They are projects, they are wishes that we’ve paid someone to design over the years. Thousands of dollars, and we never finished them. Let’s finish what we started.”

He also said that the city and county must work together to encourage economic development. He believes one cannot flourish without the other, and one of his goals would be to repair and strengthen that relationship.

Doran plans to distribute door hangers before next year’s election to spread awareness of his campaign.

“As crazy as it sounds, I’m going to try to knock on 6,000 doors in a year,” he said. “I think the biggest problem that politicians have is that no one knows us. I’ll knock on any door. I’ll take all the criticism; I’ve had it before. You can’t be afraid if you want this job.”