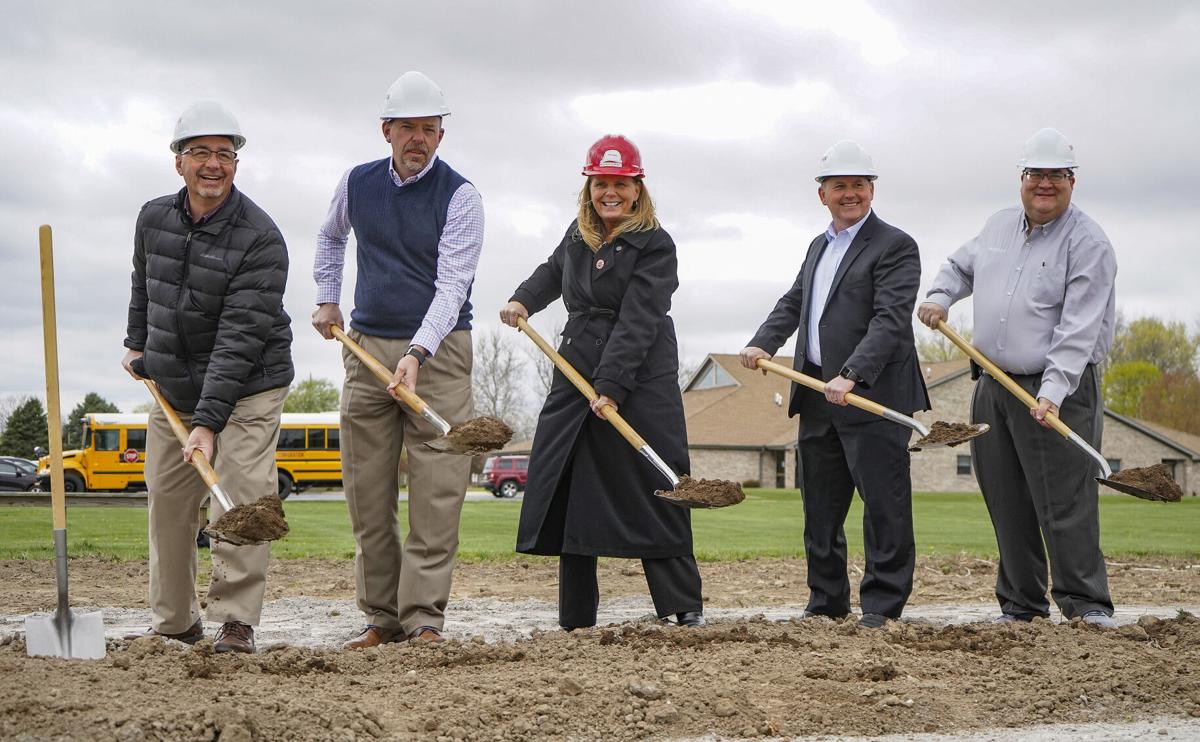 Superintendent Michele Starkey, center, and others hold shovels during a groundbreaking ceremony for Logansport Intermediate School on Thursday, April 15, 2021 in Logansport. 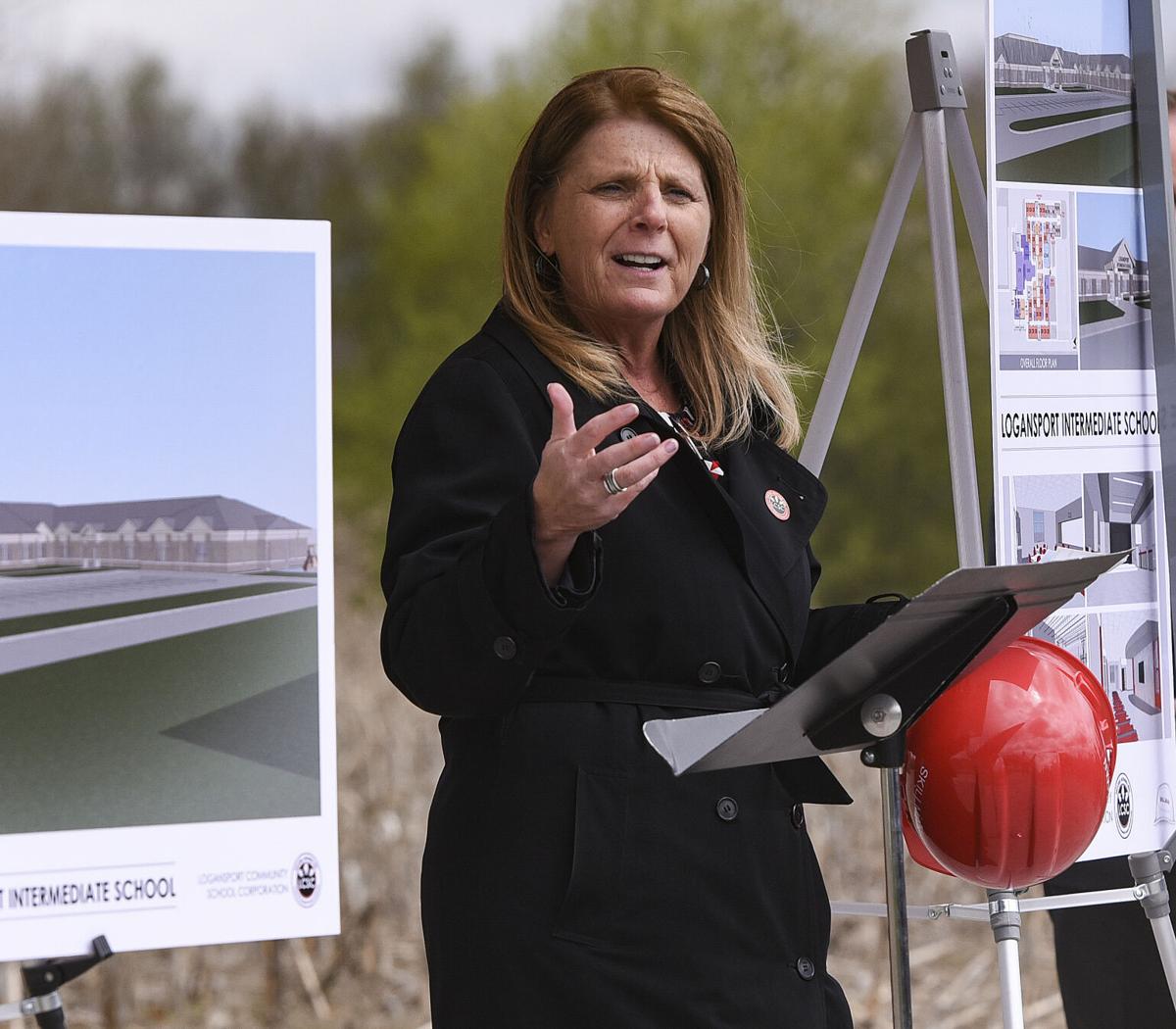 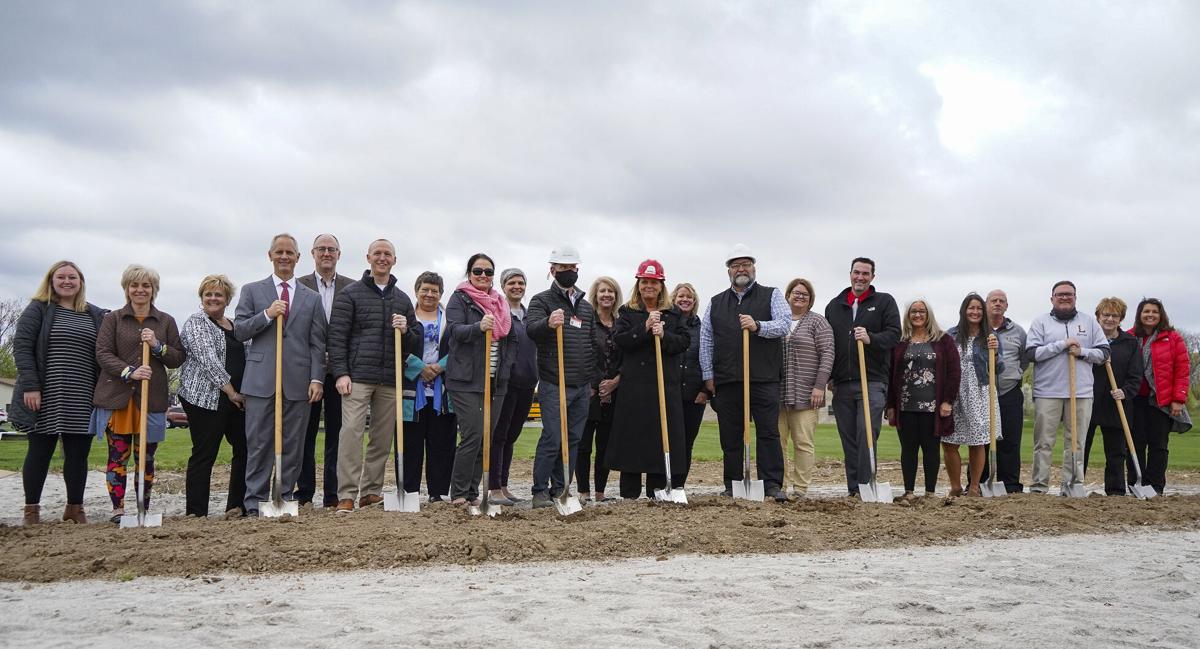 Superintendent Michele Starkey, center, and others hold shovels during a groundbreaking ceremony for Logansport Intermediate School on Thursday, April 15, 2021 in Logansport.

Not even the chilly wind and cloud-cover could squash people’s spirits.

Government and business leaders, school administrators, and several others clapped and cheered on Logansport Community School Corporation Superintendent Michele Starkey as she welcomed the progress that lies ahead. On April 15, the crowd gathered at the future site of the new Logansport Intermediate School and Preschool off of Chase Road and adjacent to Cross-Wind United Methodist Church for a groundbreaking ceremony.

“The future is very bright and I believe that this is such an awesome thing to be happening, especially in what has been an extremely stressful year,” she said, explaining that ever since she came on board as superintendent in 2011, she knew great things were in store.

When teachers, parents, and faculty joined forces in 2013 to devise a strategic plan, the group knew that eventually a building devoted to middle-school students would not be too far off. And now, it has become reality, Starkey said. “We couldn’t fit all of our 5th- and 6th-graders in Columbia.” So, the academy was created for 6th-grade students.

But now it’s time to house all of these kids together, again, in hopes that the new arrangement will “set kids on the path to excel,” said Starkey, adding that the building will provide space for laboratories and rooms geared toward the fine arts. The younger students will have a choice to participate in 5th-grade band or choir.

“This is an exciting event that is significant to not only the future of our students, but to the future of programming extension within our schools, which creates more opportunities for our students and for our great community,” she said. “I am so thankful to be a part of all of this.”

The gymnasium and cafeteria will be housed in quarters set apart from the classrooms since community and sporting events would take place in these arenas. A media center also will be featured.

The overall plans are amazing, according to 2013 Logansport High School graduate and Dep. Mayor Jacob Pomasl, who currently has family members attending school at the corporation. “This is exciting for them,” he said. “This will be utilized for years to come.”

And it’s a testament to how community leaders can work together, he added, referring to the cooperation between school officials and city government. From the Planning Department, Street Department, and Mayor’s Office, everyone has been pushing to make sure the school plans come together.

Pomasl said the joint efforts have even extended to federal grant monies the city received earlier this year for new sidewalks and ramps to be built around Logansport’s three elementary schools and the new intermediate school.

The project is to be partially funded by a $976,000 Federal Highway Administration grant. However, construction won’t begin until 2026 because federal 80/20 projects are awarded years in advance, according to the Mayor’s Office.

Local matching funds will be used for new sidewalks and trails that are compliant with the American with Disabilities Act. The work will add to and expand upon the Safe Routes to School sidewalk projects the city constructed in 2010 and 2017.

Once the estimated $23 million school is constructed and the sidewalks are finished, Starkey said the state-of-the-art facility will be like no other learning center. “It will bring about many opportunities for expanding on the outstanding programs that we already offer. The opportunities for Logansport students are absolutely top-notch.”

Being able to secure the desires of the school board, administration, faculty, and students has been a pleasure, according to Tom Smith of Skillman Corporation, an Indianapolis-based construction firm. Speaking on behalf of his firm and Gibraltar Design, the Indianapolis architecture and engineering company behind the development, he said that “It has been exciting to be involved in this project … a school that will be here for a long time, long after we’re gone.”

After the groundbreaking, crews will be on site within the next few weeks to start the excavating and foundational work, said Starkey. Construction of the building will begin this summer. The target date for completion is August 2022, which will allow for current 3rd- and 4th-graders to begin the 2022-2023 school year in the new building.