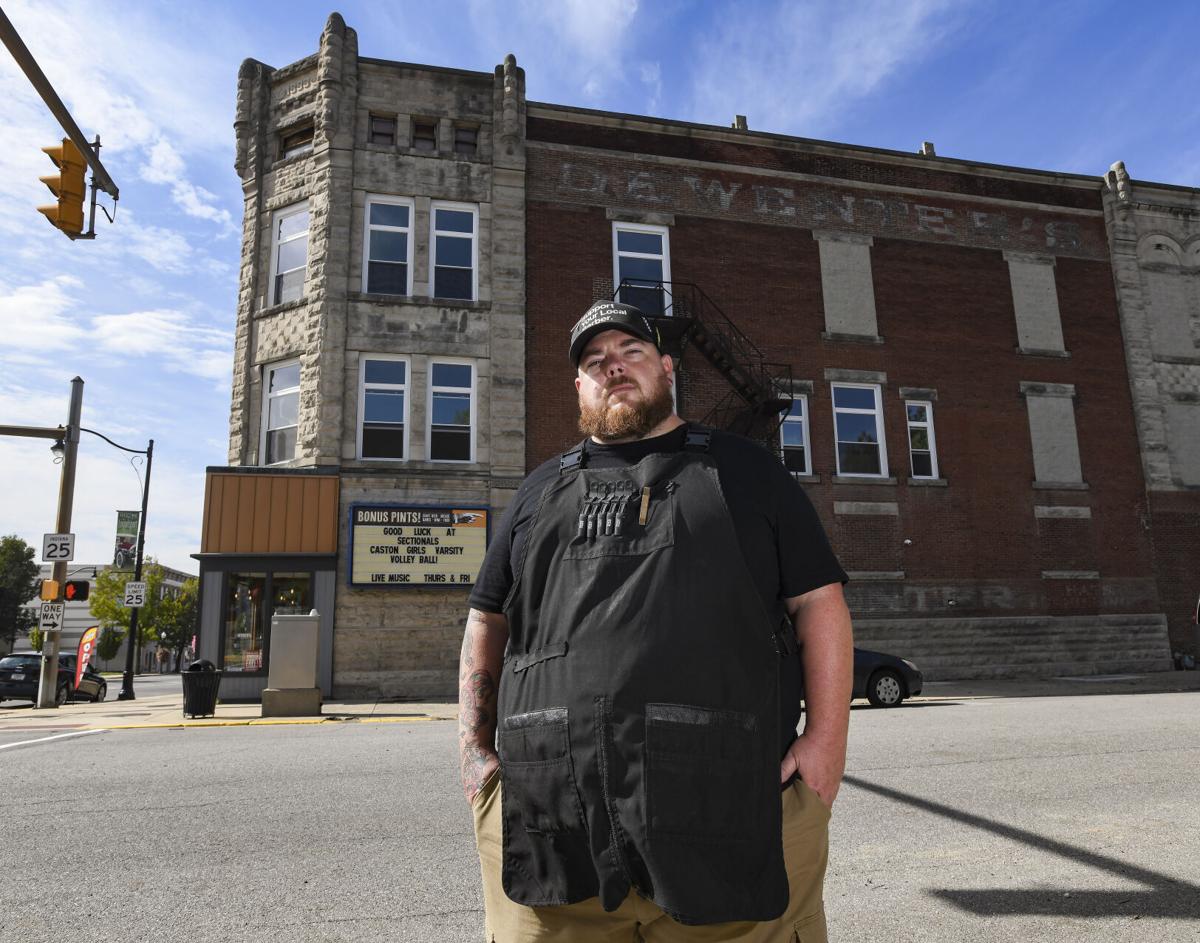 Andy Poyser poses in front of Bonus Pints in Logansport. Poyser will be opening a barber shop above the bar. 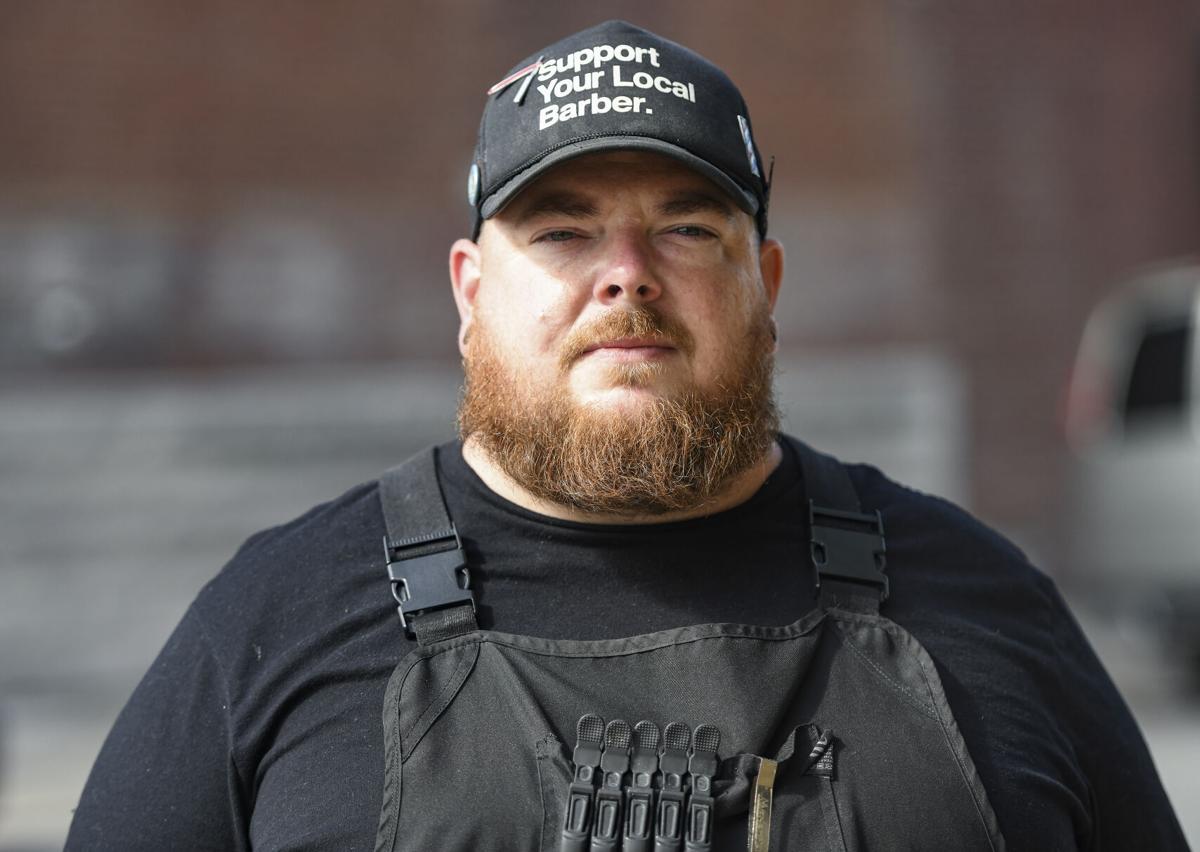 Andy Poyser will open Fulcrum Barbershop in one of three retail spaces on the second floor of The Record Farm and Bonus Pints around mid-November. Poyser describes his coming business as “cuts, beards and shaves; multi-cultural and for everyone.”

Andy Poyser poses in front of Bonus Pints in Logansport. Poyser will be opening a barber shop above the bar.

Andy Poyser will open Fulcrum Barbershop in one of three retail spaces on the second floor of The Record Farm and Bonus Pints around mid-November. Poyser describes his coming business as “cuts, beards and shaves; multi-cultural and for everyone.”

A barber shop will go above The Record Farm and Bonus Pints when the second floor opens around mid-November.

Local barber and Logansport native Andy Poyser has announced he will open Fulcrum Barbershop in one of the three retail spaces being constructed.

He describes his coming business as “cuts, beards and shaves; multi-cultural and for everyone.”

The barbershop won’t be just for men. It’ll be for anyone who wants a good haircut, he said.

However, he won’t be doing perms, color or blowouts. With the exception of shampooing, this will be a traditional barbershop.

“This has been in the works quite some time,” said Poyser, who’s been a barber for more than two years.

Matt and Katya Swisher, who own the building at Broadway and Fifth Street and the ground-floor businesses, invited him more than a year ago, but he wasn’t sure then.

“After seeing what they’re doing here, it’s something I want to be involved in,” Poyser said.

It’s inspiring and has a vibe, and it’s part of the larger group of artistic and interesting things happening in Logansport and the downtown area, which those involved are calling “The Network.”

Poyser started being a barber because of his artistic leanings and by making another career jump fairly late in life.

A 2000 graduate of Logansport High School, he worked at Logansport State Hospital for 16 years. Toward the end, he was the sole income while his wife, Bethany, concentrated on raising their kids and going through nursing school.

Then it was his time to look at what he’d do with his life.

It only took a couple of really good haircuts someone gave him to decide that’s what he wants to do.

“A good haircut really makes you feel great,” he said. “I think more guys need this.”

He plans to start with himself as the lone barber and just the basics.

The chair will be new but in a traditional style. There’s room for two chairs, and he’s got custom cabinets being made. Eventually, he’ll bring in someone else or a few people who want to work part time with that second chair.

The décor will be evolving, growing slowly with pictures on the wall, and he plans to play music.

“The quality haircuts and service are going to speak for themselves,” he said.

Eventually, he’ll also sell products like shampoo, and he may consider merchandise. But first, he wants the barbering part up and running.

Poyser named his business Fulcrum Barbershop after looking at names of other barbershops. He didn’t want a trendy, hair-pun name that some have, and he didn’t want to call it “Andy’s Barbershop.”

“I just like the vibe, and I can do some advertising with it,” he said.

It also lends itself to doing multiple logos in the future, he added.

Although the other businesses in the building at 430 E. Broadway start in late afternoon and have evening hours, he plans to keep banker’s hours five days a week, as he does now.

He has not set hours and plans to rely on appointments, although he will do walk-ins by chance.

This will allow him to set his own hours and spend more time with his family and the kids: Izzy, Nora and Abram. That includes coaching his daughter’s recreational league softball team.

He’s already set to take appointments. They can be set through online booking listed at the shop’s Facebook (@fulcrumbarbershop) and Instagram pages, or people can text or call 574-601-5822.