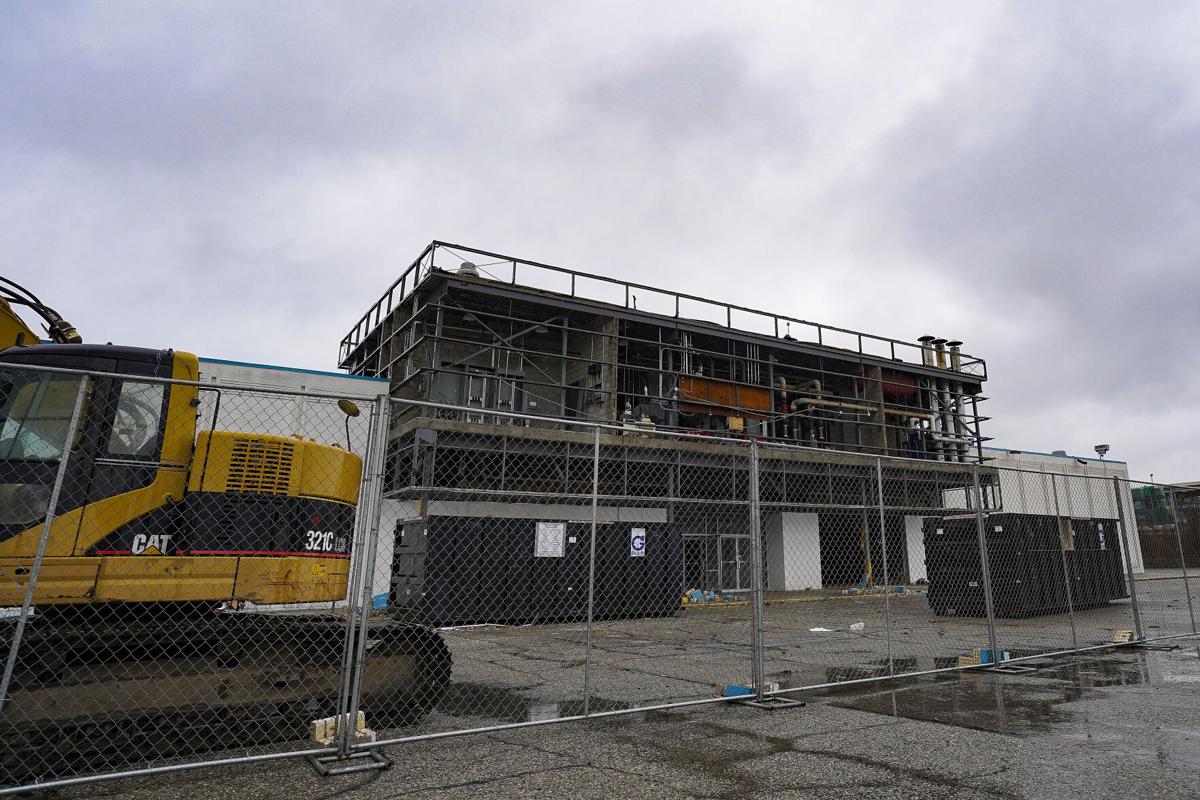 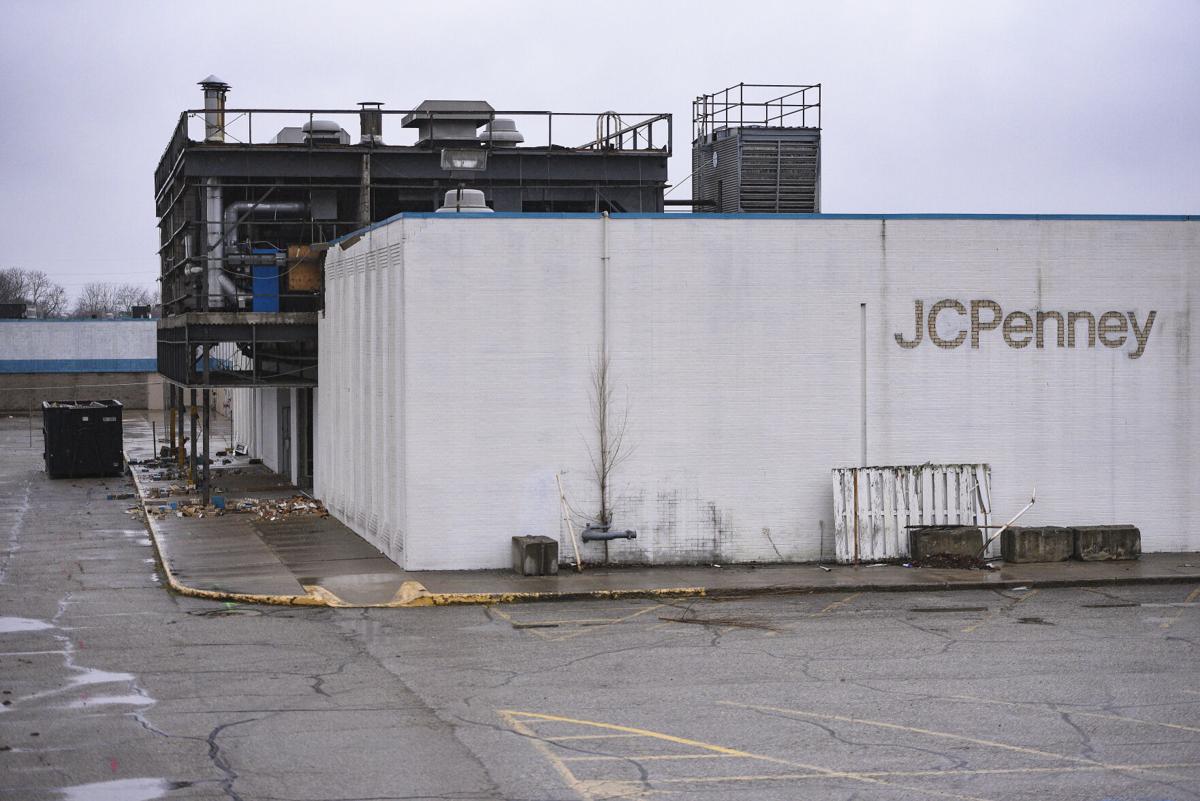 Demolition is paused at the old JCPenney as rain and sleet comes down on Wednesday, Dec. 30, 2020 in Logansport.

Demolition is paused at the old JCPenney as rain and sleet comes down on Wednesday, Dec. 30, 2020 in Logansport.

The year 2019 was a busy one for Cass County, and 2020 looked like it would be the same, with the youngest mayor in Logansport history taking office and projects about to happen or already started.

But now that hindsight will be literally 2020 at midnight, few people will be sad to see the year end.

Cass County was impacted by both national and local events, and in May, the county was in the top 10 places in the United States affected by the coronavirus disease per capita.

The year started off with mixed news.

With contributions from the city, the Logansport Redevelopment Commission, Logan’s Landing and the building owners, an estimated $995,650 will be spent on façade improvements.

After White County Indiana government officials created $3 million incentive package, the park was sold on April 23 to Gene Staples of Chicago, and his Indiana Beach Holdings LLC opened it to the public June 27.

Another place of happy memories was also going through changes.

On Feb. 21, the almost empty Logansport Mall had a buyer.

On June 12, the company unveiled plans to remove the southern part of the old mall, turning it into a 144,000 square foot strip mall but with a new, modern façade and a unifying themed décor, including a rebuilt parking lot with islands of greenspace.

Its new name — The Junction at Logansport.

In July, Planet Fitness began plans to renovate 15,000 square feet of the old Sears for a gym, and the next month, news came that a Hampton Inn by Hilton would be built by spring 2022 on the mall’s east side, after the old J.C. Penny building is removed.

On March 3, county residents found out that the county had been working with a partnership of Heritage Environmental of Indiana and Zinc Nacional of Monterrey, Mexico, to build a zinc reclamation plant called Waelz Sustainable Products [WSP] in the Cass County Agribusiness Park.

County residents felt the matter was being pushed through without giving people time to research and comment on it, and they called for county officials’ votes to halt the project during the pandemic so people could attend meetings and speak out.

Objections included that Muncie and other places had said no to the plant because of potential pollution and that the incentives Cass approved for the plant were excessive.

The Cass County Citizens Coalition reformed from the fight against wind turbines in the county, and people have filed five lawsuits against Cass County about procedures, one also involving WSP.

WSP officials said they’ll bring in 90 jobs with benefits initially and add to the local economy.

In mid-April, the COVID-19 virus hit Cass hard, putting the county into national news and prompting calls from the United Kingdom’s BBC television for comments.

On April 21, the Cass County Health Department identified the Tyson Foods plant as the epicenter. The plant closed for two weeks as county officials oversaw installation of new safety procedures.

Cass was one of the last Indiana counties to re-open non-essential businesses or remove restrictions.

Schools went to computerized “distance learning” in spring as students remained at home.

The virus hit the elderly and vulnerable the worst, including Logansport senior care businesses.

In early October, the virus went through Woodbridge Health Campus, and most of the residents were presumed infected.

By Dec. 31, 15 residents had died there, fewer than five died at Camelot Care Center and no COVID-19 related deaths were reported at Miller’s Merry Manor and Chase Center, according to state statistics on care centers.

The Market Street bridge, re-opened in December 2019 after two years of construction, became one lane on its west side for street and drainage work that was supposed to last from March 3 until mid-June But work stops/slowing and weather extended it through October.

The pandemic also slowed construction of the new Cass County Jail, and in October, Sheriff Ed Schroder asked that construction tasks be done simultaneously instead of consecutively.

It also delayed the construction of the Charters of Freedom, a stone and glass attraction on the Cass County Government Building property that would display copies of the Declaration of Independence, the Constitution and the Bill of Rights.

On March 1, the Cass County Historical Society [CCHS] began moving into its new home, the green brick building at 421 E. Broadway, the former Farmers and Merchants State Bank building that most recently was Trine University.

“As with other businesses, many other of the CCHS’ repair and remodel projects have been placed on hold simply due to the pandemic,” CCSH and Museum Director Thelma Conrad stated.

Construction of the new drainage line along Melbourne Avenue has also been lengthened.

When it started in February of 2019, it was supposed to be a two-year project between Eel River Avenue and Fifth Street to alleviate flooding and runoff into the city’s rivers. But the contractor had trouble getting pipe from its Canadian vendor because of pandemic slow down, so the finishing date is now set for October 2021.

The new community centers in Walton and Twelve Mile both opened to events, although both needed finishing work.

The Walton Community Center had its first event — a graduation party — on Aug. 15.

Construction work finished in June, but getting the tables, chairs and kitchen equipment was slowed because of the pandemic, Town Manager Rick Lee said.

Twelve Mile’s new community center replaces one built in 1947 that was having major roof and septic issues.

It was cheaper to build a new one, and in August, the town was having fundraisers to complete the last phase, which included putting in flooring, a longer community kitchen and landscaping.

By election time, the center was able to host a polling place.

Although housing is an issue in Cass County, Logansport took steps to add more.

The city started work on the Lexington Village complex, a planned development surrounded by High Street, Market Street and Yorktown Road and east of Walmart and the Mary Max Cinemas.

Logansport officials want the land divided into lots to build new single-family homes in the $150,000 to $200,000 range, preferably with 1,600 square feet of space, three bedrooms and two bathrooms.

The City of Logansport is paying CrossRoad Engineers, PC, of Beech Grove, $67,500 to perform an updated surveys, design and construction drawings, among other tasks.

The election went on as planned, but the primary was moved from May to June in Indiana for safety concerns.

Anderson said his support of the WSP project likely figured into the loss, but after 28 years as an elected official in the county, he felt the voters told him it was time to retire.

The face of the Cass County Commissioners will change significantly in 2021 as Mike Stadjuhar was elected to take the place of Jim Sailors (R, District 2), who decided not to run again.

The wins in the Nov. 3 election were Republican, although some of them — such as Stadjuhar — were part of a seven-candidate anti-WSP movement.

Of the six candidates for the three at-large country commissioner seats, independent candidate J. Bryon Stephens, part of the coalition, came within a few hundred votes of the Republican incumbents Bruce Ide and Tracy Williamson. And Republican Dean Davenport, who was also part of the Candidates for Change, got significantly higher votes than any of other at-large candidates.

“Being a Candidate for Change helped a little, but being a Republican helped a lot,” said Stajduhar.

Cass also had an irreplaceable loss this year that wasn’t political.

Cole, who owned Cole Hardwood, gave to schools, historic sites and civic groups, and many in the community said he was a mentor.

They repeated his philosophy, which an Ivy Tech publication also quoted.

“We’re all on this stairway, and no one reaches the top without reaching out to others,” he said. “If you will reach back and help someone who is a step or two behind you, you not only elevate yourself and that person, you elevate your local community and society in general.”