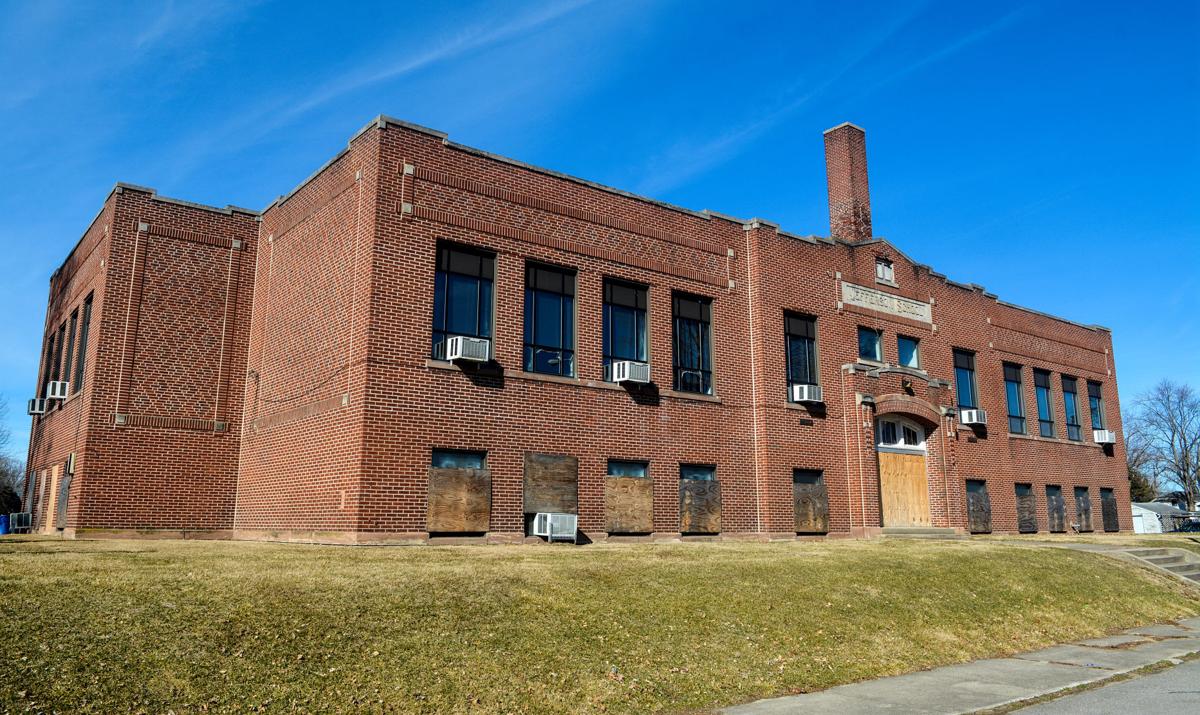 Jefferson School stands ready to be demolished on Feb. 2, 2020. 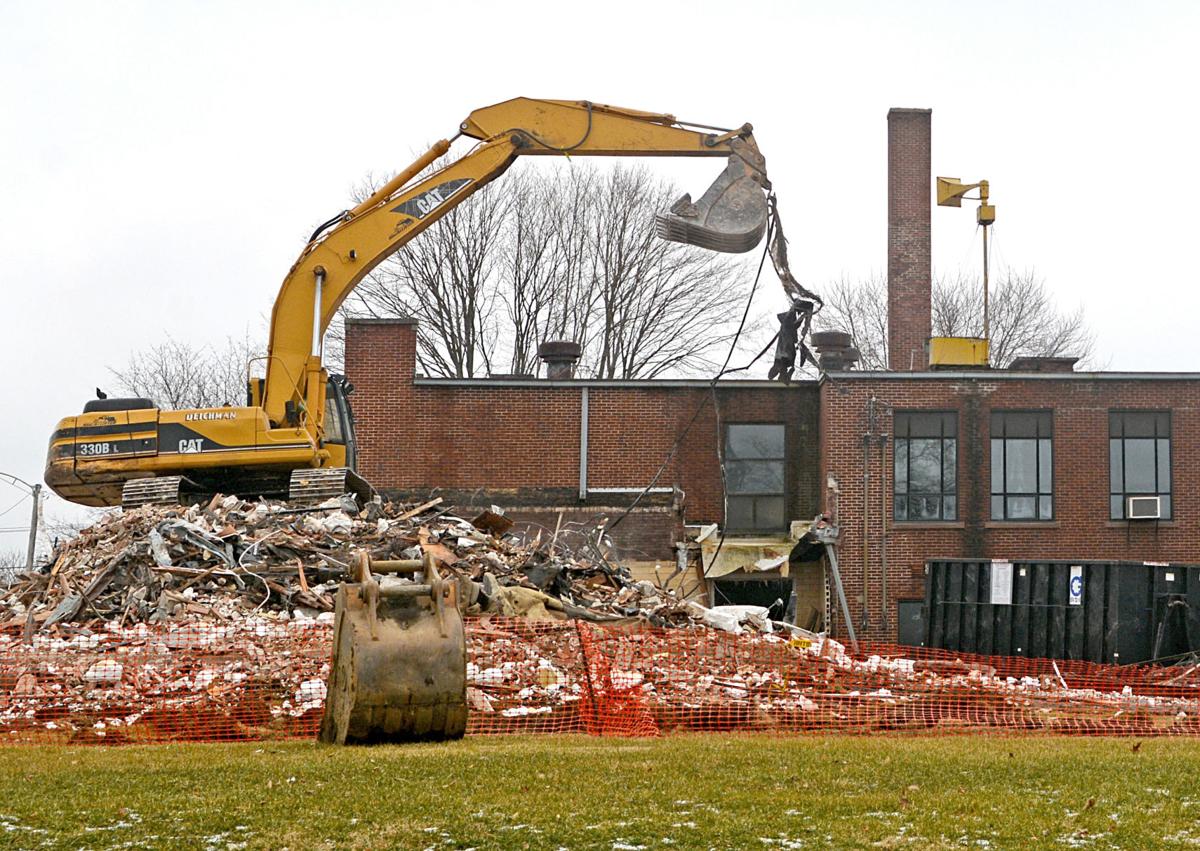 Demolition begins in Jefferson School on Logansport’s south side. 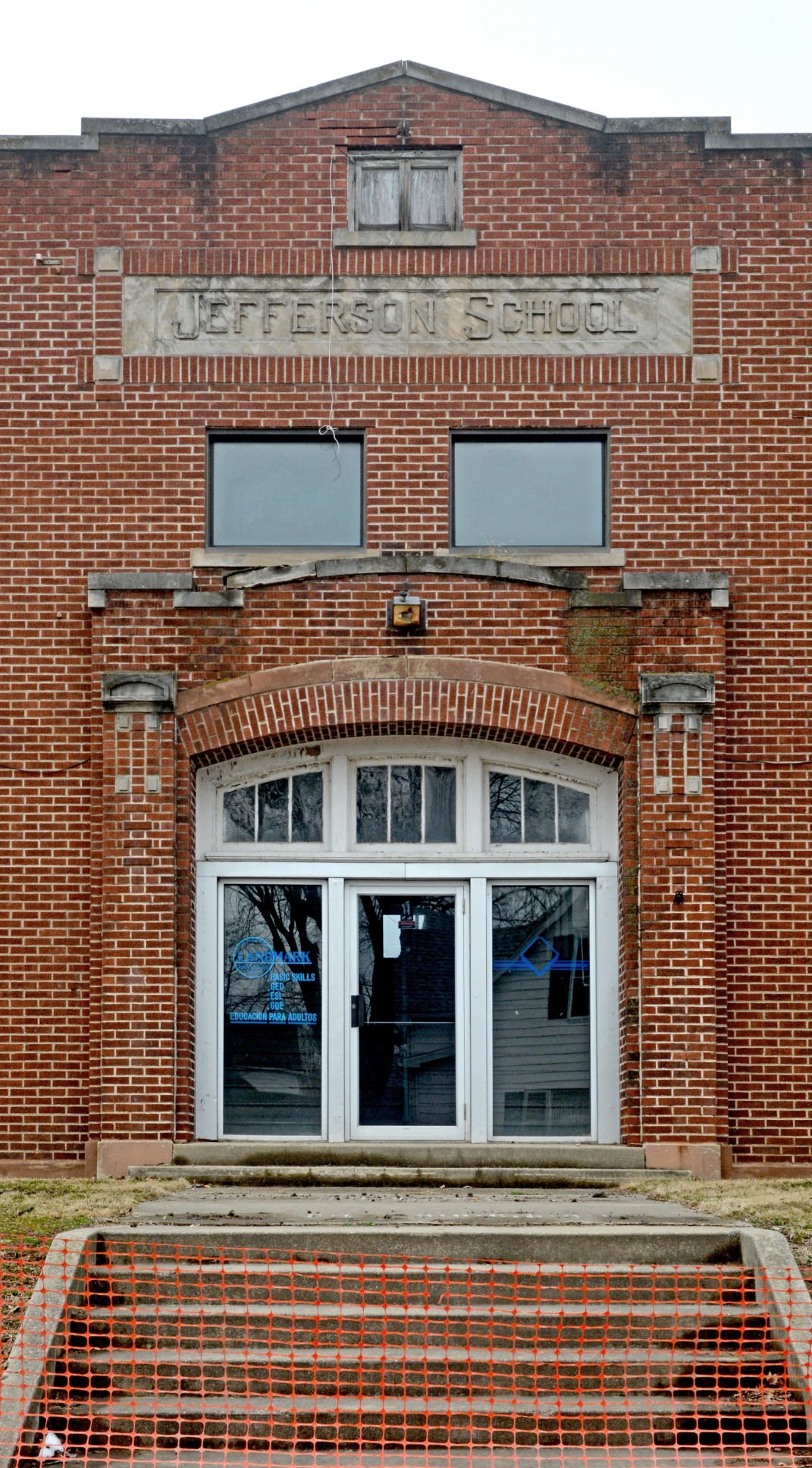 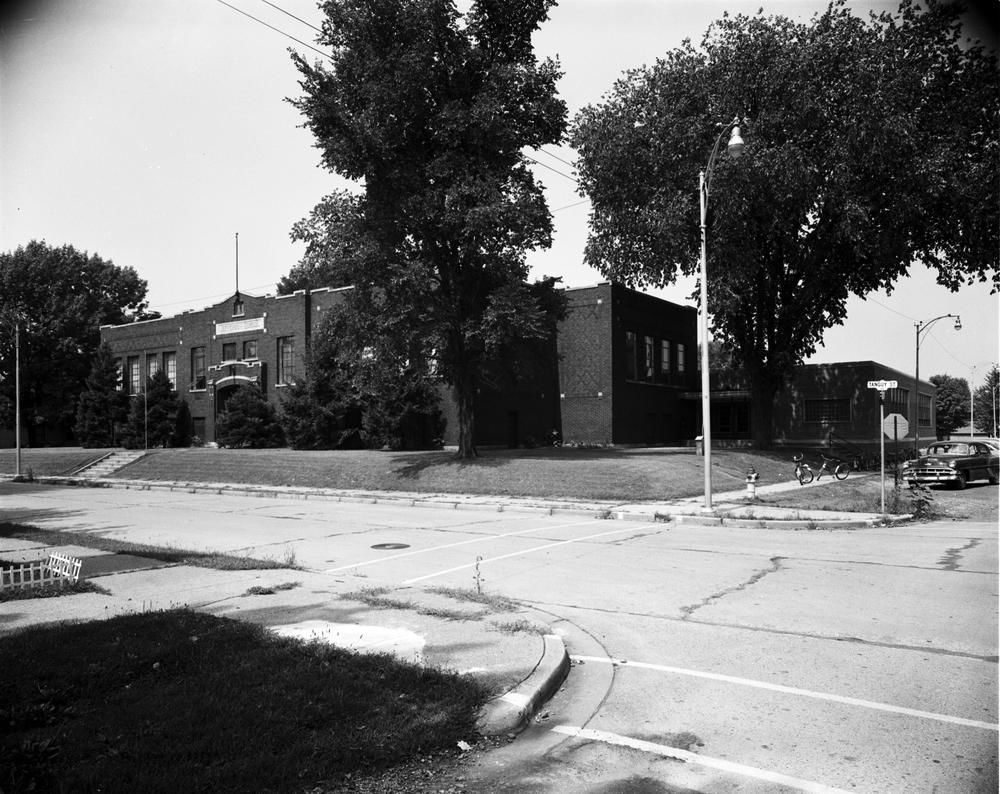 Jefferson School, as it appeared in the 1950s.

Jefferson School stands ready to be demolished on Feb. 2, 2020.

Demolition begins in Jefferson School on Logansport’s south side.

Jefferson School, as it appeared in the 1950s.

Demolition began this week on the old Jefferson Elementary School at 401 Tanguy St., where it’s existed in some form since 1874.

With it goes what was once the social center of a close neighborhood, as well as the source of memories for many who attended elementary classes there until spring of 1982 — or attended career classes there from fall of 1982 to spring 2001.

After that, the school district and community used the building for events, including police training for K9 units and active shooter drills, until spring 2010, according to Logansport Community School Corporation Superintendent Michele Starkey.

The school corporation then tried to sell the unused building. In 2012, Crestline Development showed interest in redeveloping Jefferson along with McKinley Elementary. However, Crestline only got funding to turn McKinley into apartments.

“We’ve been working with the city for at least two years,” Starkey said. “We’ve shown the building to multiple, different developers. They weren’t interested because of the amount of work to be done.”

There are structural problems and other damage, so for safety nobody has been allowed into Jefferson for the last two years — not even maintenance staff.

“The building is uninhabitable. It can’t be used,” Starkey said.

Jefferson was one of a group of schools built around the same time.

It and the original McKinley, the Lincoln School and Franklin were the oldest of the 10 school buildings the school district built during roughly half a century, according to “History of Cass County Indiana: From Its Earliest Settlement to the Present Time” by Jehu Z. Powell. They were erected in 1874.

The district rebuilt Jefferson in 1893 after a fire damaged it. McKinley was rebuilt in 1925.

The only school buildings remaining from this period are McKinley at 155 Meadlawn Ave., which was converted into senior living apartments in 2014, and Longfellow (1889) at the corner of Eighth and High streets, which is now a juvenile detention center.

Jefferson’s demolition has brought forth memories from former students and teachers.

“I went there from Kindergarten through sixth grade,” Robert McElheny stated in an email to the Pharos-Tribune. “I remember the kickball games at recess. Mr. Dave Miller was the best teacher I ever had.”

Linda McIntyre Jackson Scott recalled that she worked as Jefferson’s first secretary from 1967-1972, starting part time at $1.50 an hour and eventually becoming full time. She had also been a Parent Teacher Association president while her sons, Chris and Eric Jackson, attended the school from 1967-1974.

“I think we were just a close-knit southside,” she said.

The students at McKinley on the north side were mostly rural residents, while the eastside Daniel Webster students tended to be from more affluent families, she said.

The Jefferson families did things like throwing barbecues together. The kids rode bikes through the neighborhood and everyone knew each others’ names.

“The solidarity with walking to school” was coupled with Jefferson being a hub of social activities like sports, scouts (and the annual Cub Scouts Pinewood Derby) and the annual Fall Festival that featured the duck pond game and cake walks, Scott said.

One year, her son came home with three cakes from the cakewalk, she recalled.

On a Facebook collection of Jefferson photos the Pharos-Tribune posted before the demolition, people added their memories and some wished that the school could’ve been turned into apartments like McKinley.

Facebook user Cindy Miller Hinshaw stated, “Attended from kindergarten through sixth grade. Awesome teachers and Mr Bonsett was a great principal. The fall carnival was a blast, chili, games in the gym. Real heartbreaking to have the building demolished, can’t demolish memories though.”

For Facebook user Kim Hatten-Luyster, “The spring carnival was so much fun. Most of all it was all the great friends and values we learned coming out of there. We formed strong friendships with all our Southside friends in the area and remain friends still today. These were the days when life was simple and safe. Hate to see the school come down. Too many places let go for too long.”

Kevin Bones Callaghan stated, “I remember it being El Tip Wa career center before it was the Century career center when they moved. I used to be a student in the building. I’ve always thought it looked like the elementary school in the tv series The Simpsons.”

When Sandy Fowler Kistler posted to reminisce about doing her student teaching in the 1976 third grade class, some of her students replied with their memories of that time.

Andrea Lynn brought up tornado drills and having to fold empty milk cartons so they didn’t take up room in the garbage. Janet Warner Holcomb remembered the haunted house in the basement. Shirley Stotler recalled her first monkey bars injury.

The district had planned to demolish the building for the last few years and repeatedly budgeted $100,000 for the work, Starkey said. However, other priorities came up, like emergency heating and cooling work. The cost for the teardown is about $130,000.

Although the building wasn’t costing a lot in maintenance (staff had to make areas of fallen bricks or similar situations safe), it couldn’t be utilized.

“Do you want to tear down buildings? No,” Starkey said. “(But) you really don’t want to look at a dilapidated building anymore.”

But removing the building means the district can market the empty field or it can be used for something positive in the neighborhood.

How long the demolition takes will depend on weather and what the crews find as they tear more down. About 18 months ago, the district took out the metals, including water pipes, and asbestos was remediated.

Starkey said people have contacted her about wanting a brick from the building as a souvenir. They’ll have to do that when the building is torn down, she said. She understands the urge to have that piece of an old school, and a reminder is on her desk.

“I went to Tipton Elementary School. I have a brick here from when they tore Tipton down,” she said.

Other schools from the pre-1930s era that have been razed include:

The original Franklin School, built in 1874 at the corner of Plum Street and Miami Avenue, was demolished in 1983 to create a playground space for the new Franklin Elementary built next door.

Washington School, built in 1899 at 101 N. Cicott St., was razed in 1984, despite being listed on the National Register of Historic Places in 1981. Its gymnasium, which was added later, was operated by the Parks Department for years as the Benjamin Long Center and is now the Church of the Heartland.

Daniel Webster School, built in 1906 at the corner of 24th and Market streets, closed in 1991 and was razed in 1994. It stood where Walgreen’s parking lot is today.