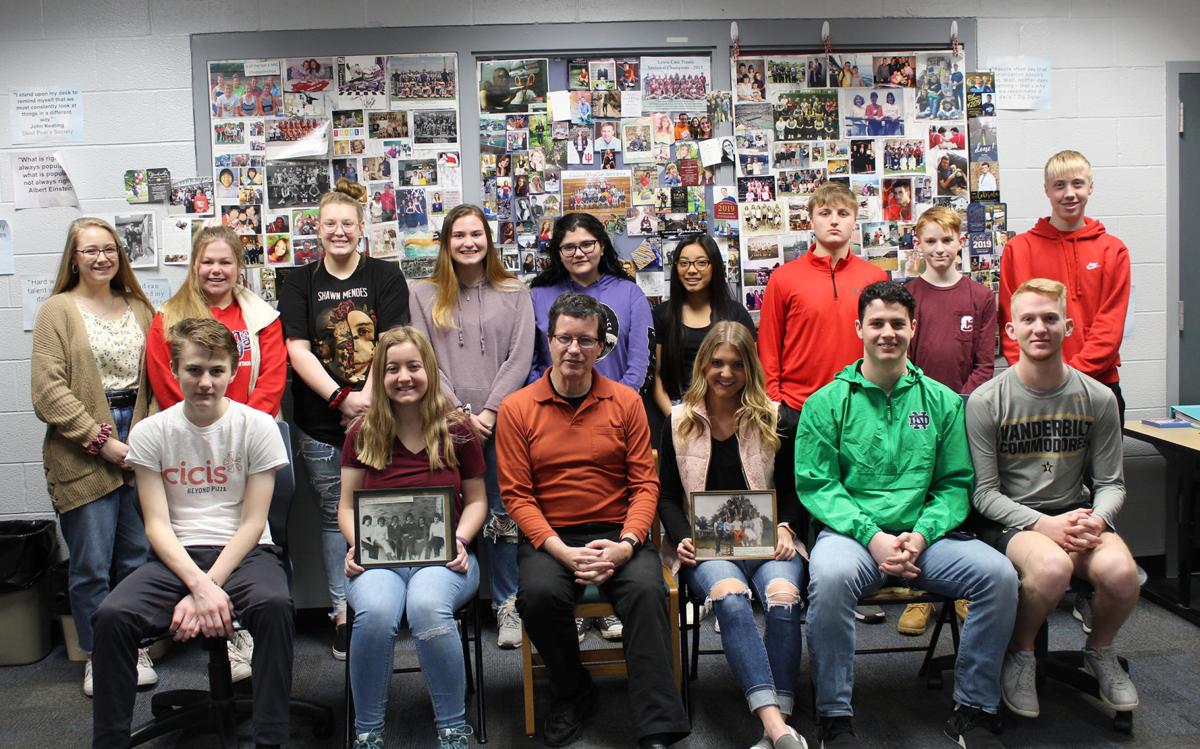 Stu Engle sits with his Kings’ Courier newspaper staff of 2020. Senior editor Katelyn Schreckenghaust sits to his right and senior editor McKayla Thompson sits on his left, both holding photos of his 1983 and 1984 staffs. 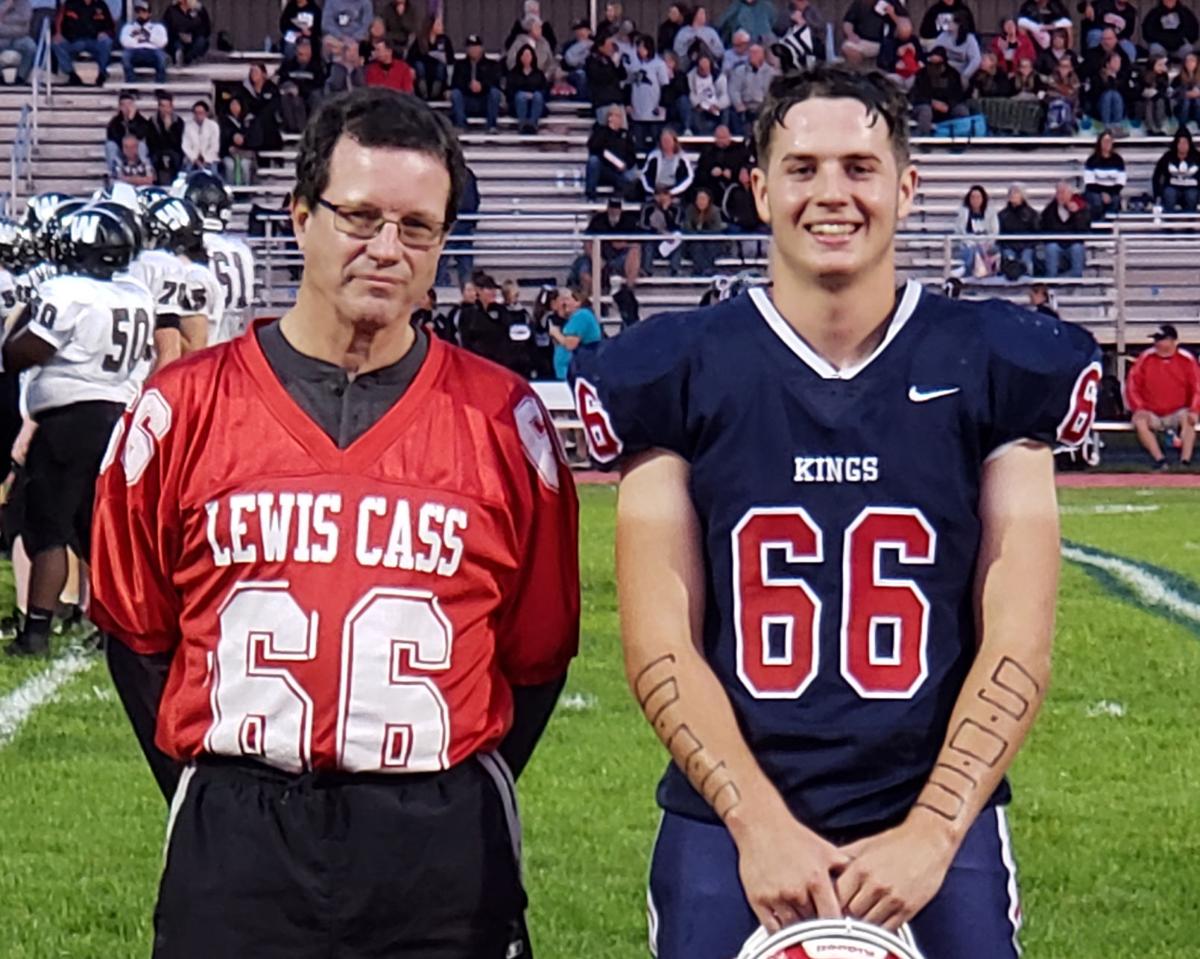 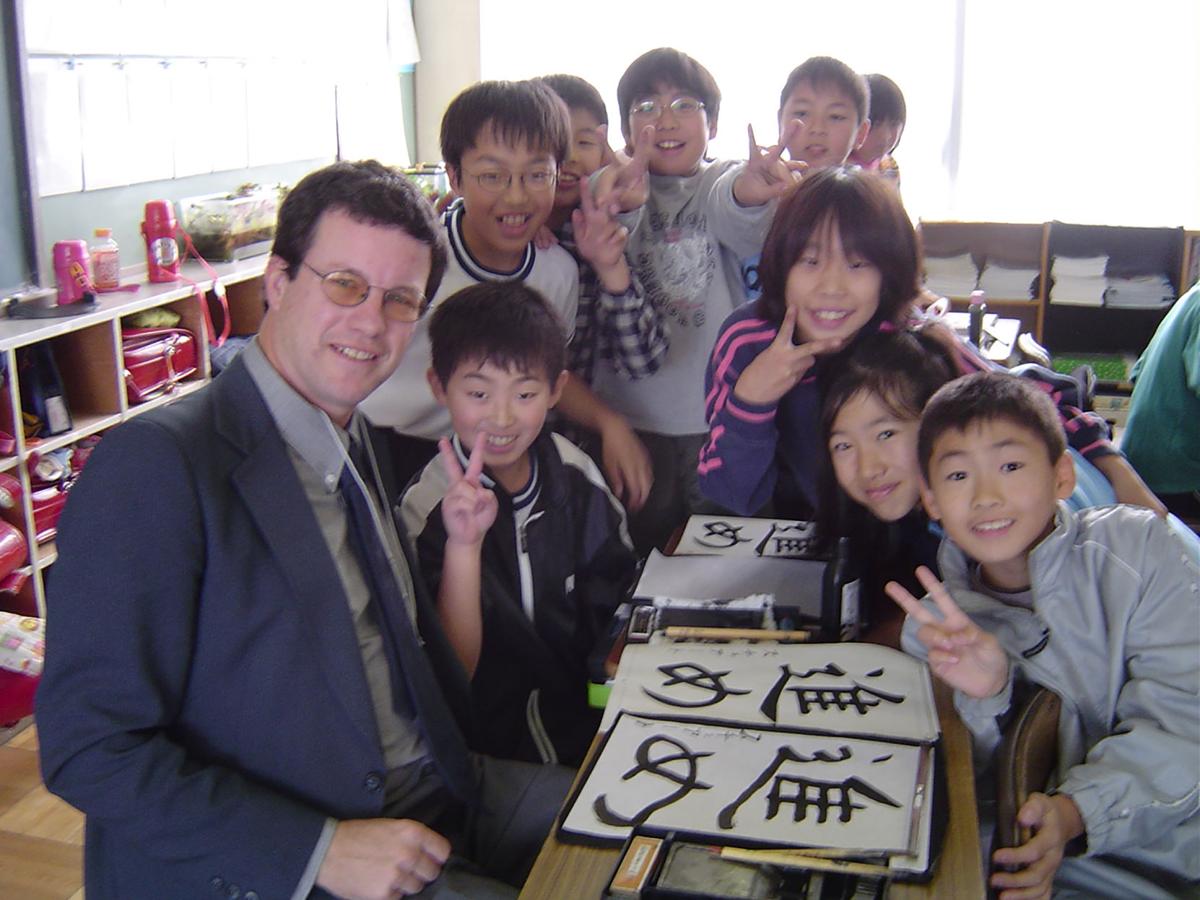 In 2003, Stu Engle was selected as a Fulbright Memorial Fund recipient to represent Indiana on a trip to Japan. The trip was paid for by the Japanese government to honor American educators who helped their country. Photo provided 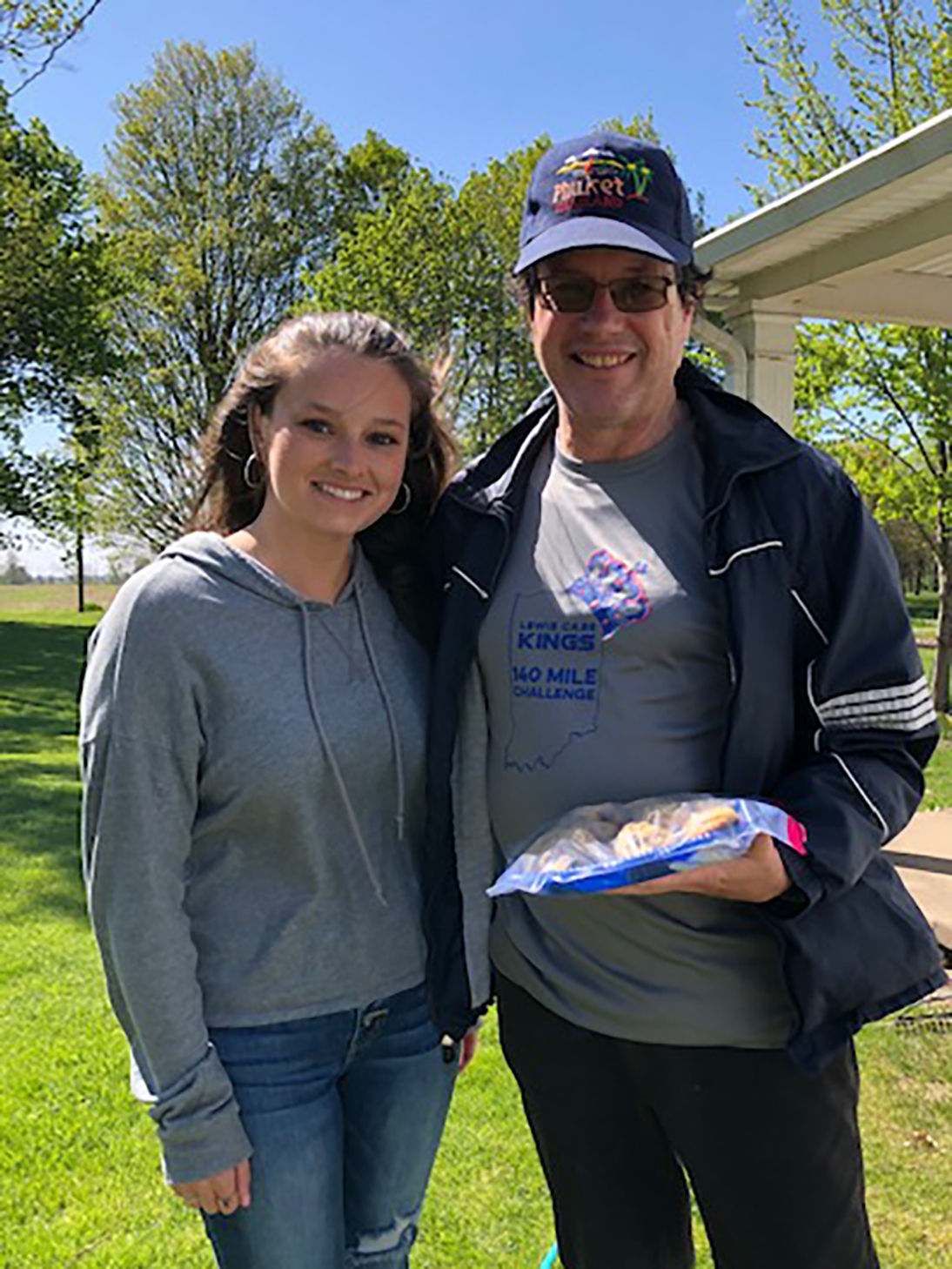 Stu Engle sits with his Kings’ Courier newspaper staff of 2020. Senior editor Katelyn Schreckenghaust sits to his right and senior editor McKayla Thompson sits on his left, both holding photos of his 1983 and 1984 staffs.

In 2003, Stu Engle was selected as a Fulbright Memorial Fund recipient to represent Indiana on a trip to Japan. The trip was paid for by the Japanese government to honor American educators who helped their country. Photo provided

Part of an occasional series celebrating area teachers set to retire at the end of this year’s shortened, irregular school year — forced to teach remotely because of social distancing measures.

Friday was the last day of classes for students at Lewis Cass — it was also a bon voyage for English teacher Stuart Engle.

The last physical school day — in reality — was back in March, when COVID-19 hit, social-distancing measures were put into place and schools were closed. This put an end on the face-to-face classroom setting and ultimately left the school year to be finished via eLearning.

“With the year ending the way it has, I missed out on saying goodbye to a really fine group of students and staff,” said Engle. “I enjoyed the personal interaction I had with my students and will miss them. Even with the restrictions placed on my AP English students, ninety-five percent finished out the year working hard to prepare for the national College Board exam.”

Engle has been at Lewis Cass Schools for the entirety of his 40-year teaching career. His last year was spent teaching AP English, although he has taught all ability levels from grades 7-12 during his tenure.

Engle said that he helped his dad coach Little League baseball when he was younger, which led to him choosing a career in education. “I enjoyed doing that so when it became time to choose a career, teaching seemed like a good fit. I became an English teacher because of a professor at Ball State who always pushed me to achieve at a high level.”

He is a 1975 New Haven High School graduate and attended Ball State University for his undergraduate degree, then obtained his Master’s in Education at Indiana University.

New Haven — a town east of Fort Wayne — is about an 80-mile hike from Walton.

“My wife and I knew immediately that Lewis Cass represented a quality school system and Cass County would be the perfect area to raise a family,” said Engle. “When I interviewed at Cass, the administrators were very open and even found housing for us. Many on the staff welcomed us immediately and made us feel at home. They became my teaching mentors and lifelong friends. My wife and I came from a larger school system, and we liked the hometown feel of a rural community with supportive parents who believe in the importance of education.”

He was appointed in 1983 as the adviser for the high school’s student-ran newspaper, King’s Courier, and has continued to do so throughout the years.

Engle said that, according to Ball State University, the Kings’ Courier was the first daily, online high school newspaper in the state in 2003.

Stu and his wife, Rita — who is also a teacher — were one of six pairs of “stars” who competed in the Literacy Coalition of Howard County’s nonprofit fundraising event, Dancing with the Stars in 2019. The Engles took their first ballroom dancing lesson about ten years ago when their youngest son went off to college. They have been members of the Kokomo Ballroom Dance Club ever since.

“I am asked all the time if teaching students today is more difficult,” he said. “My response: students today are the same as they were in 1980. Ninety-five percent want to do well and prepare for their futures. This mindset has kept me coming back each year.”