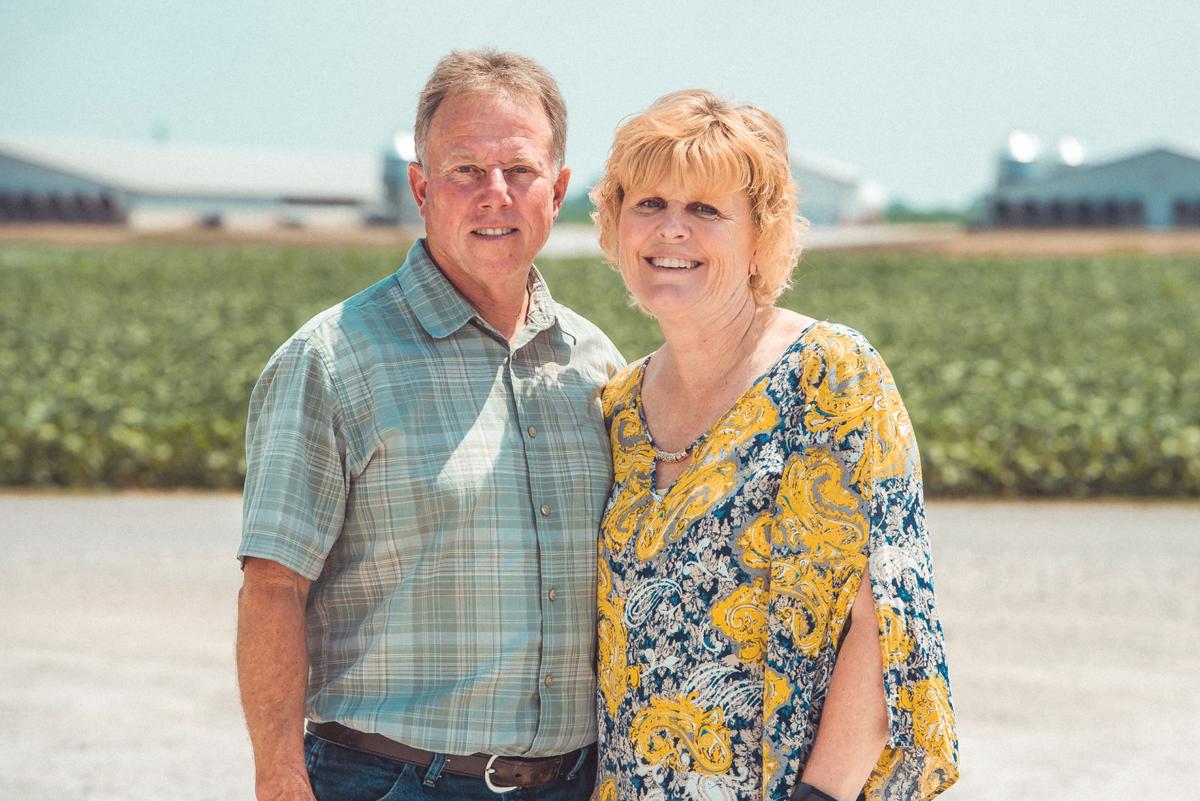 Mike and Cindy Howard have been farming all their lives. Tony Walters | Pharos-Tribune 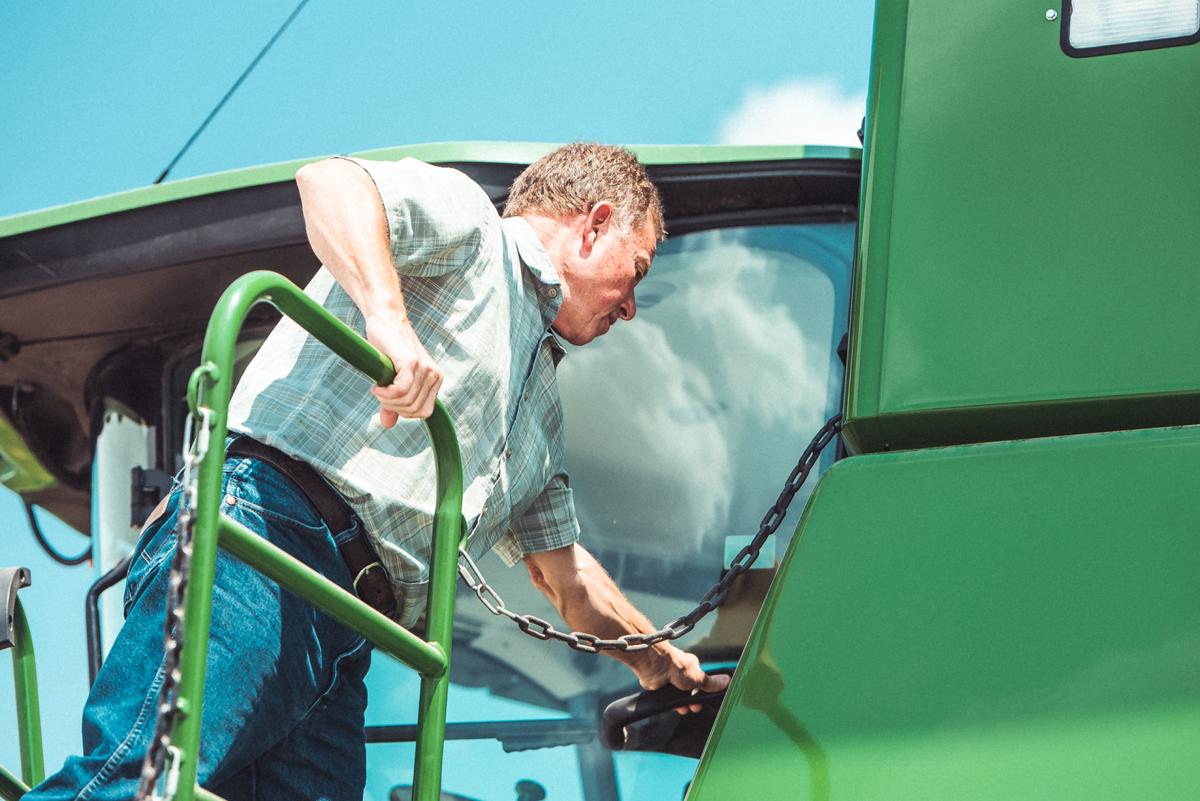 Mike Howard climbs into a combine on his family farm. Tony Walters | Pharos-Tribune 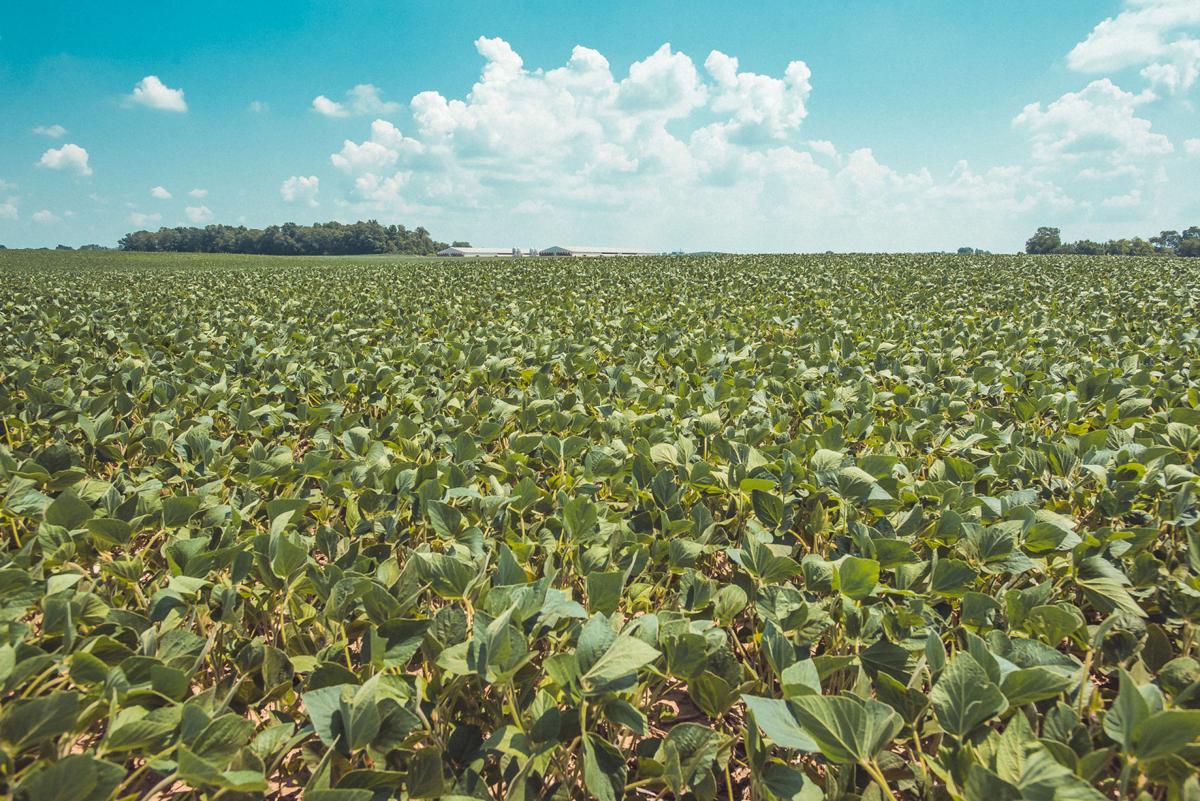 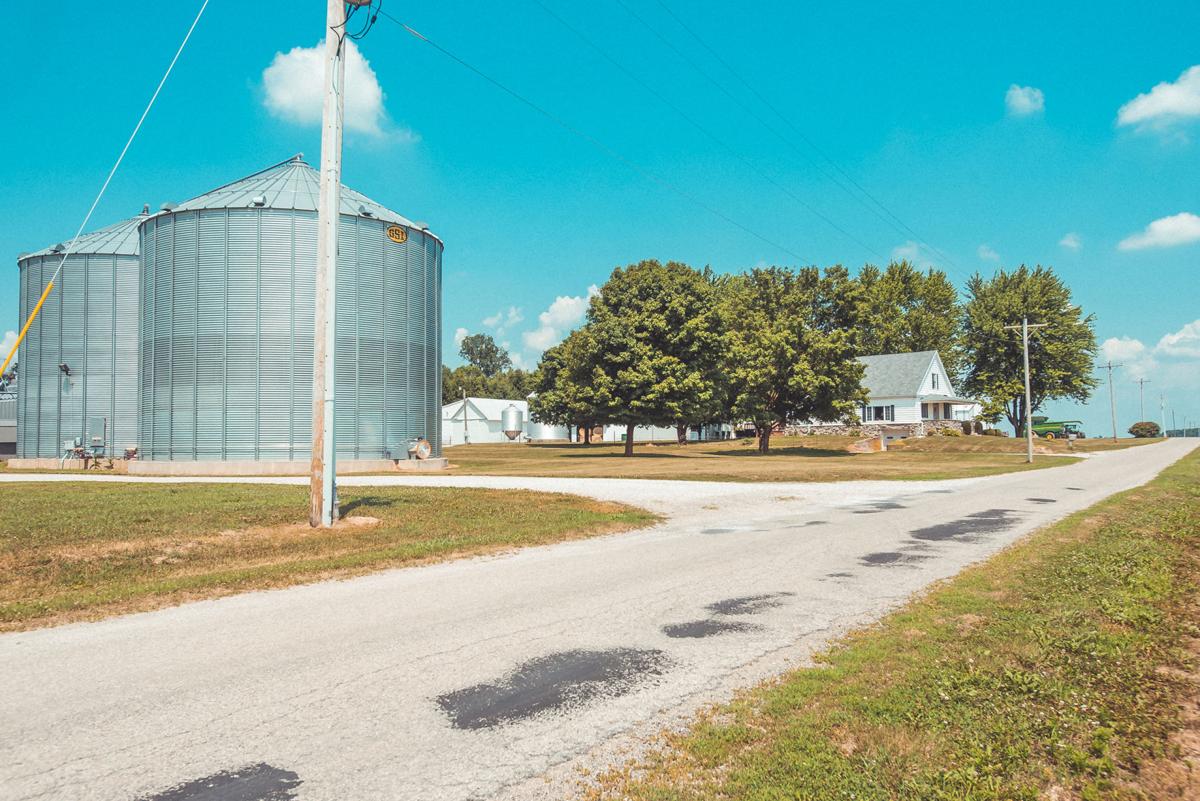 The Howard family grew up here, just outside of the city. Tony Walters | Pharos-Tribune

Mike and Cindy Howard have been farming all their lives. Tony Walters | Pharos-Tribune

Mike Howard climbs into a combine on his family farm. Tony Walters | Pharos-Tribune

The Howard family grew up here, just outside of the city. Tony Walters | Pharos-Tribune

The Howard family farm is going into its fifth generation as the current crop of grandchildren begin helping on the farm.

But it’s a family farm not just because Mike Howard and his brothers Tony and Dave work the roughly 3,200 acres in Bethlehem Township as a team with their families.

They also all live very near to each other, with each home and their mother’s home adjacent to the land they farm.

The other brothers’ wives, Judy and Beth, were raised as farmers, too, and the fourth generation — all their children — are beginning to join the operations.

“They all like it, so we’re trying to keep it going,” Mike Howard said.

They farm soybeans, corn and cattle and although they’ve raised hogs before, that was “nothing like the setup we have now,” he said.

In its fourth year, the feeding operation they run produces 17,000 hogs a year for Co-Alliance and Tyson Foods.

Co-Alliance asked them to do it, and the team liked the idea of giving the next generation work on the farm.

“It gives the next generation an opportunity to get on the farm,” Cindy said. “God’s not making any more ground.”

They all help feed the hogs, and the youngest ones help clean rocks out of pens and do other small chores.

“That’s the way we were all raised,” Cindy said.

The COVID-19 restrictions and temporary closing at Tyson Foods in Logansport didn’t affect the hogs part of the farm too much, Mike said.

The agreement with Tyson helped, but mostly it was because their pigs go out twice a year where some farmers have a running cycle of breeding sows, feeding them and taking them to market.

The Howards don’t farrow the hogs but instead bring the piglets in from Oklahoma so they’re closer to the Tyson plant.

They did have to slow the feed on the pigs

However, it did affect other things.

They were ready to sell their cattle at the Rochester sale barn, but the meat packers were all closed or booked up.

No one was buying, although they did get more phone calls on them from neighbors, and the cattle became huge.

The COVID relief programs helped with farming operations, and catching the coronavirus wasn’t too big a concern for farmers during planting season.

“In the spring, you were away from everybody,” Mike said.

But then there was the Cass County Fair, which was virtual this year because of the virus and the crowds.

“We have never missed a fair,” Cindy said.

Mike said he used to bid on the hogs at the fair because the hogs are the last ones up for bid.

Often other bidders are tired by that time, and he likes to see the 4-H’ers rewarded for their efforts.

The Howard family is keeping up with changing technology as well.

Solar panels put up a year ago have cut electricity in half for the hog operation,

They monitor the markets by computer in the house that they’re connected to by phone.

With autosteer and GPS on tractors and combines, they’re in the cab more to monitor than to steer, he said.

One combine can test moisture and look at potential yields. It’s also possible to connect the tractor to a combine and “call” it over to follow the tractor, although they haven’t done that yet.

The John Deere combine also has the technology to notify the company when there’s something wrong, and Deere sometimes knows about problems before they do, Mike said.

Farming requires less and less labor as technology assists it.

Although the Howard brothers embrace technology, “It seems like we’re always a step behind,” he said.

However, their kids returning to the farm know technology well.

But the fourth generation farmers in the family are or have been majoring in agriculture at Purdue.

There are also the programs and regulations to keep up with.

“It’s a lot more complicated than it used to be,” Mike said. “Farming is the easy part. All the paperwork, that’s the hard stuff.”