UPDATE: Two killed in crash on US 35 in Logansport 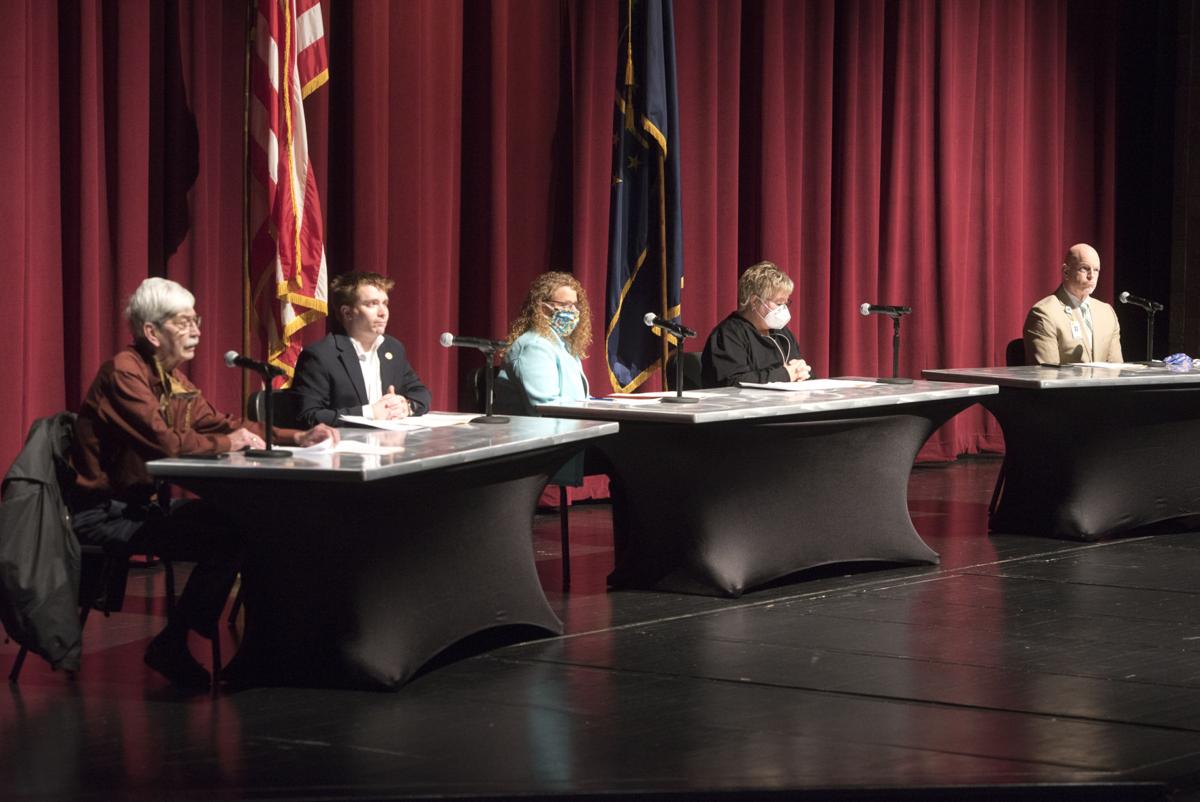 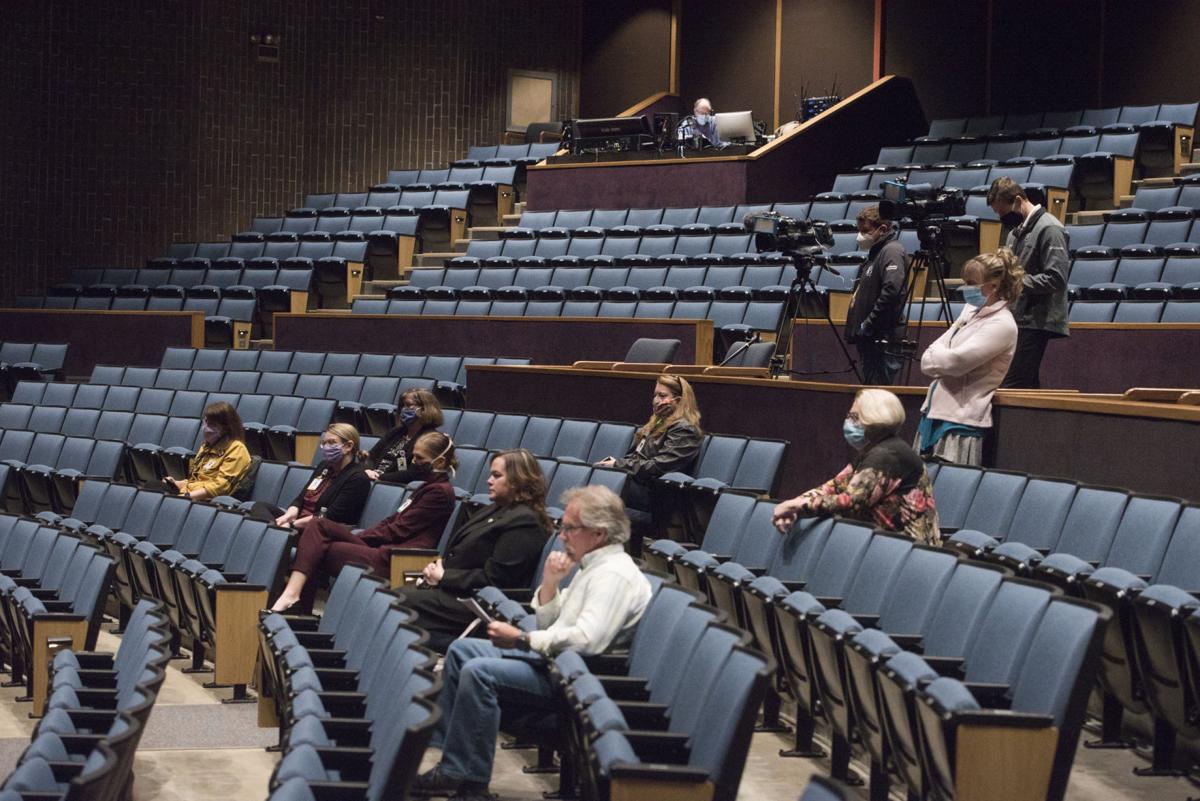 A small number of community members were in attendance at McHale Performing Arts Center on Monday morning for the COVID-19 press conference. Tony Walters | Pharos-Tribune 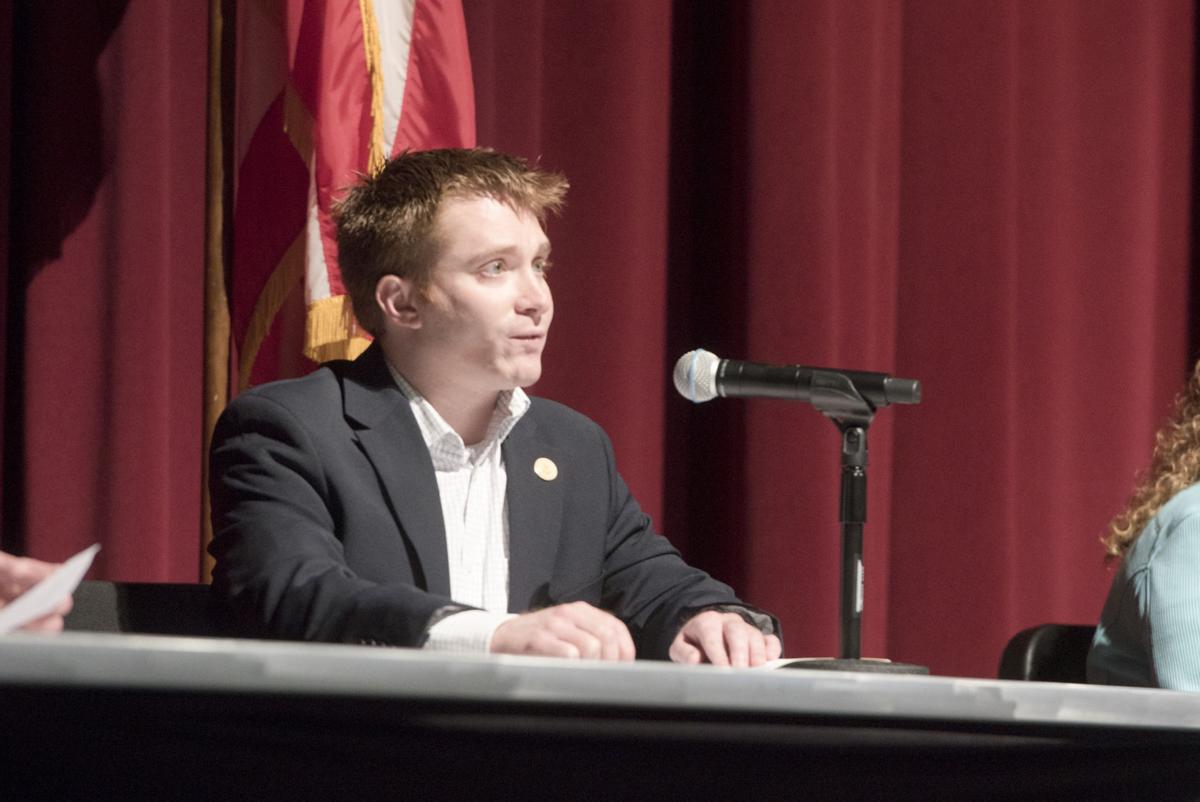 "This order is necessary to end this threat to the city as quickly as possible." Mayor Chris Martin says about the new executive order currently in effect. Tony Walters | Pharos-Tribune

A small number of community members were in attendance at McHale Performing Arts Center on Monday morning for the COVID-19 press conference. Tony Walters | Pharos-Tribune

"This order is necessary to end this threat to the city as quickly as possible." Mayor Chris Martin says about the new executive order currently in effect. Tony Walters | Pharos-Tribune

Mayor Chris Martin has declared an executive order for Cass County that began at noon Monday.

The announcement came during a joint press conference among representatives of the City of Logansport, Cass County Commissioners, the Cass County Health Department and Logansport Memorial Hospital that was held at McHale Performing Arts Center and streamed live at 11 a.m. Monday.

Meanwhile, officials are still pouring over the latest data on the number of positive tests in Cass County for COVID-19. The Indiana State Department of Health's (ISDH) latest data shows 1,025 reported cases in Cass County, but officials fear that number will increase dramatically after results of tests taken at Tyson Food's Logansport plant are compiled.

Logansport Memorial Hospital said in an email to the Pharos-Tribune on Monday afternoon that it would not update local numbers until later in the week. In the next few days, the hospital will analyze its data and provide updated information. Over the past several days, local numbers released later in the evening — either from the hospital or the Cass County Health Department — have typically been higher than the ISDH's information released earlier in the day.

The high number of positive results also reflects the fact that Cass County leads the state in the number of tests being done. According to the ISDH's Monday report, 1,462 tests have been administered in Cass County. That means the county has performed 388 tests per 10,000 residents — by far the highest per capita level of testing in the state.

• Only one person per family will be allowed into shopping markets and other essential businesses that remain open.

• All persons are asked to wear a mask covering their nose and mouth upon entering a business. Anderson also said that business owners may prohibit entrance of customers not wearing face masks into their establishments.

• Children under 16 years of age are not allowed into any businesses.

• Drive-thru, curbside pickup and delivery food services will still be allowed to operate.

• A person who intentionally, knowingly or recklessly violates the executive order commits a class B misdemeanor under Indiana code.

• An increased law enforcement presence will monitor and assist in enforcing the orders.

• The elderly and high-risk persons are strongly encouraged to avoid all public gatherings and minimize all travel to the maximum extent possible.

• All previous order remain in effect.

It is unclear whether any additional travel restrictions will be put in place.

Logansport Memorial Hospital CEO Perry Gay said that the latest surge has the potential of overwhelming the hospital.

"Our hospital has been preparing for this surge for weeks," Gay said. "However, with this surge in possible cases and the numbers that we are seeing, if we just saw 5-10 percent of those possible cases needing critical care, we would be overwhelmed. Our hospital is not equipped with enough staff or resources to care for numbers like this."

Gay added that some non-COVID-19 patients may need to be sent elsewhere for treatment, should the hospital experience an overwhelming influx of patients.

"As a result, we have worked with other facilities who stand ready to assist ... at this time, individuals with illnesses or injuries other than COVID-19 may be sent or transferred for care to hospitals in our surrounding counties."

An additional 949 cases have been confirmed statewide by the ISDH, the Centers for Disease Control and Prevention (CDC), the Cass County Health Department and private laboratories. That brings the statewide total to 15,961 with 844 deaths, with a death rate of 6.3 percent.

Gov. Eric J. Holcomb's statewide stay-at-home order has been extended through to May 2 — but could be extended if the outbreak warrants it.

According to the latest update from the CDC, 928,619 cases are now confirmed nationwide. There have been 52,459 deaths reported nationwide for a death rate of 5.6 percent.

As of Monday morning's report, the World Health Organization says 2,858,356 people have been infected in 213 countries with 196,295 deaths reported, for a global death rate of 6.9 percent.